Playing along with Debi as per usual. Pop over - you are bound to see many great two-somes.

I am one of those moms who takes a hundred photographs during any given week. Sometimes my kids get a bit, well "gatvol". (A great South African Afrikaans word meaning sick and tired). 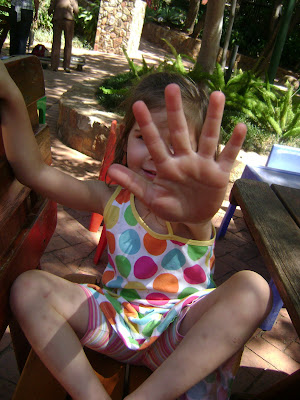 But some occasions really calls for a photo session, so I tried my best with the twins on their second birthday. Not an easy task! 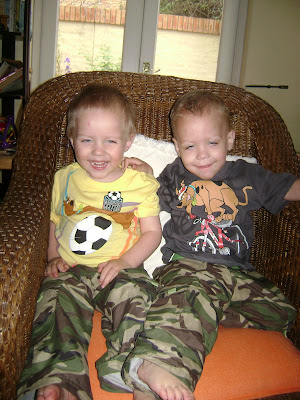 Not the best of any of the two - and Little Man C's very sensitive blue eyes are always closed on a photo. 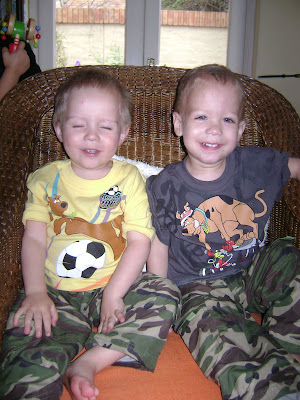 And I just love this one! Not perfect at all, but showing exactly where we are at. 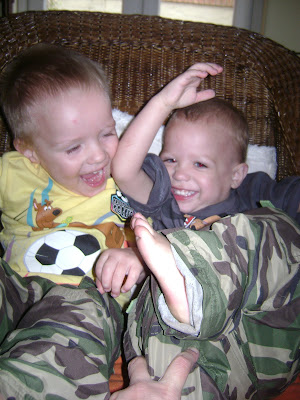 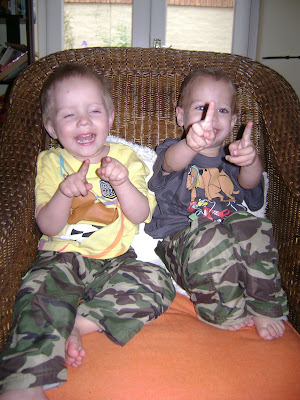 And the cheesy grins on this one cracks me up. 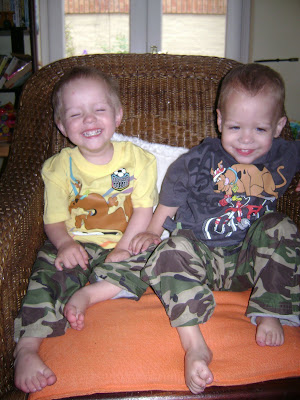 Email ThisBlogThis!Share to TwitterShare to FacebookShare to Pinterest
Labels: twins, Two for Twosday