I read, therefore I am 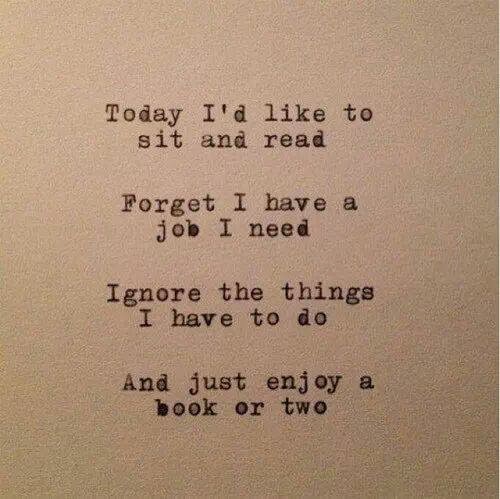 Most of you know that I am a passionate reader - fiction being my poison of choice but I also have a soft spot for a pretty cook book or a great real life adventure. I have also been in a Bookclub for a few years, acing as secretary like forever for the club. I also have a blogging connection with the wonderful folks of Exclusive Books - my hangout of choice in many shopping malls. Even in the day of Kindle I still like to sit with a "real"book and read my heart out.

I have recently discovered that Exclusive Books makes the "Buy a good book" thing a lot easier by publishing an "Exclusive Books recommends" list of 5 books every month, chosen with care from the publishers list of the month. You can be sure that choosing any one of these will give you great reading joy.

Their golden favorite for this month is by one of my all time favorite writers - Amy Tan and is titled: "Valley of Amazement".I will never forget the first Amy Tan I ever read - "The Joy Luck Club" - it had me running to the closest Chinese takeaway to eat the lovely flavours so vividly described in the book while devouring her great characters and story line. This book spans over 50 years and two continents and promise to be a riveting read. 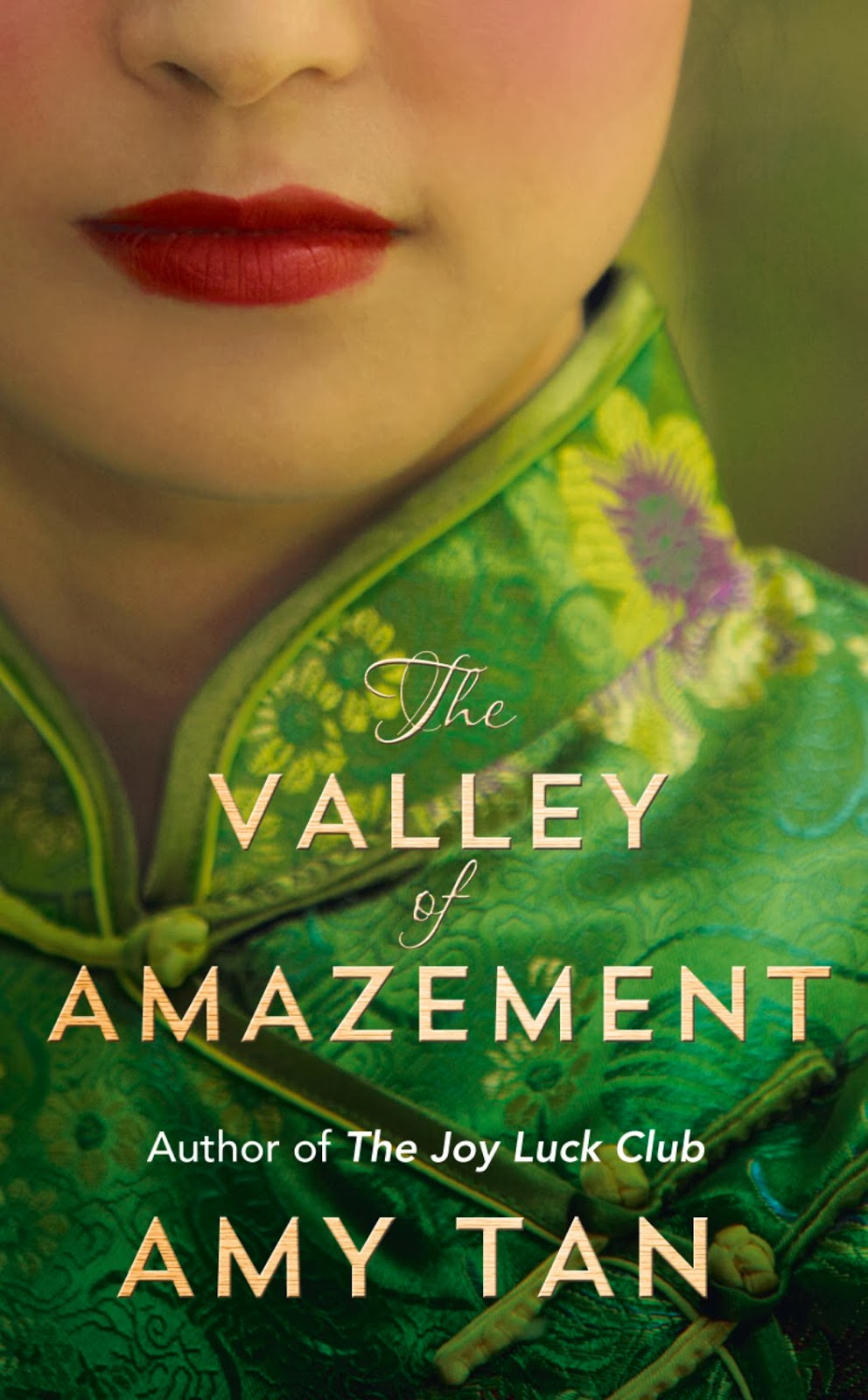 The other books on the list are:
( You may notice that I have incorporated the "Cat's bookclub" blog into this one - there is going to be a lot of book talk here)

Email ThisBlogThis!Share to TwitterShare to FacebookShare to Pinterest
Labels: books

My experience as a grade 1 mom is way way easier the second time around. Wow, what a difference. Party because you know your way around activities and how things fit together so you as a mom have more confidence and know how things work.

But party also because Mr C seem to be such an easy going grade 1. Possibly because he is a second child - as one of A's friends' mom pointed out the other day - the second child's path is paved by their older sibling (s). They are more familiar with things, they have possibly been to some places with their older siblings and they have in our case a caring older sister at after care to ease things in. But he also has such self confidence in all this.

The Princess is enjoying grade 3 - it is a big leap in terms of the amount of home work they get but she is copping well. She got her first merit yesterday - I think the soonest she ever got one.

L is settling in well, or so it seems on the surface. However he is giving us all hell about eating(or not). Every meal is a fight - we are exhausted.

I am frustrated and struggling with some extra mural activities and fitting things together (or not) but hopefully by the end of the week things will be sorted. Its mainly A's swimming - it almost seem that swimming coaches are a fickle bunch and that each season we have another issue with the couch at school. C had cashes but I was able to sort out where what fits. He enjoyed his first Chess class yesterday and is very excited about all that. 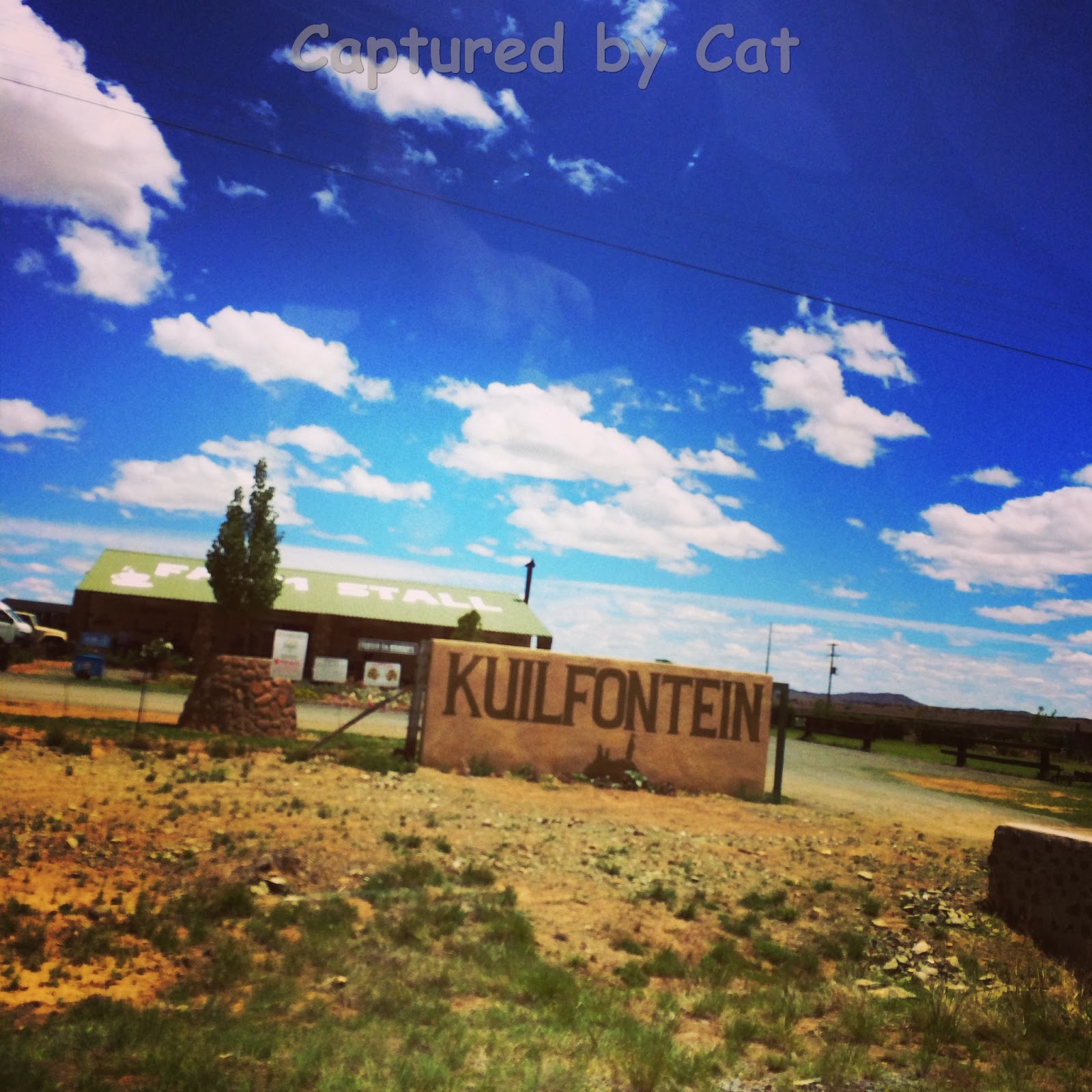 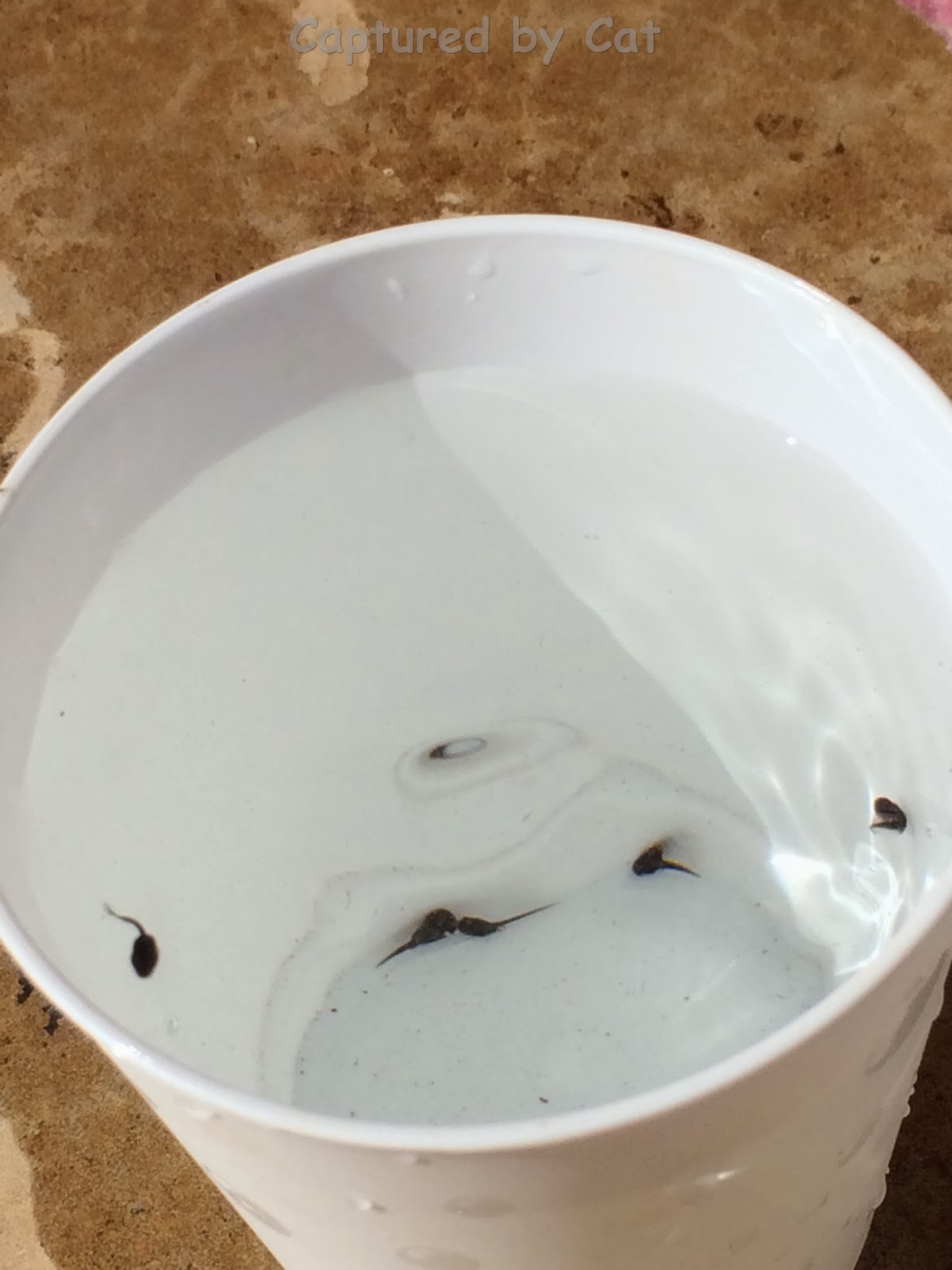 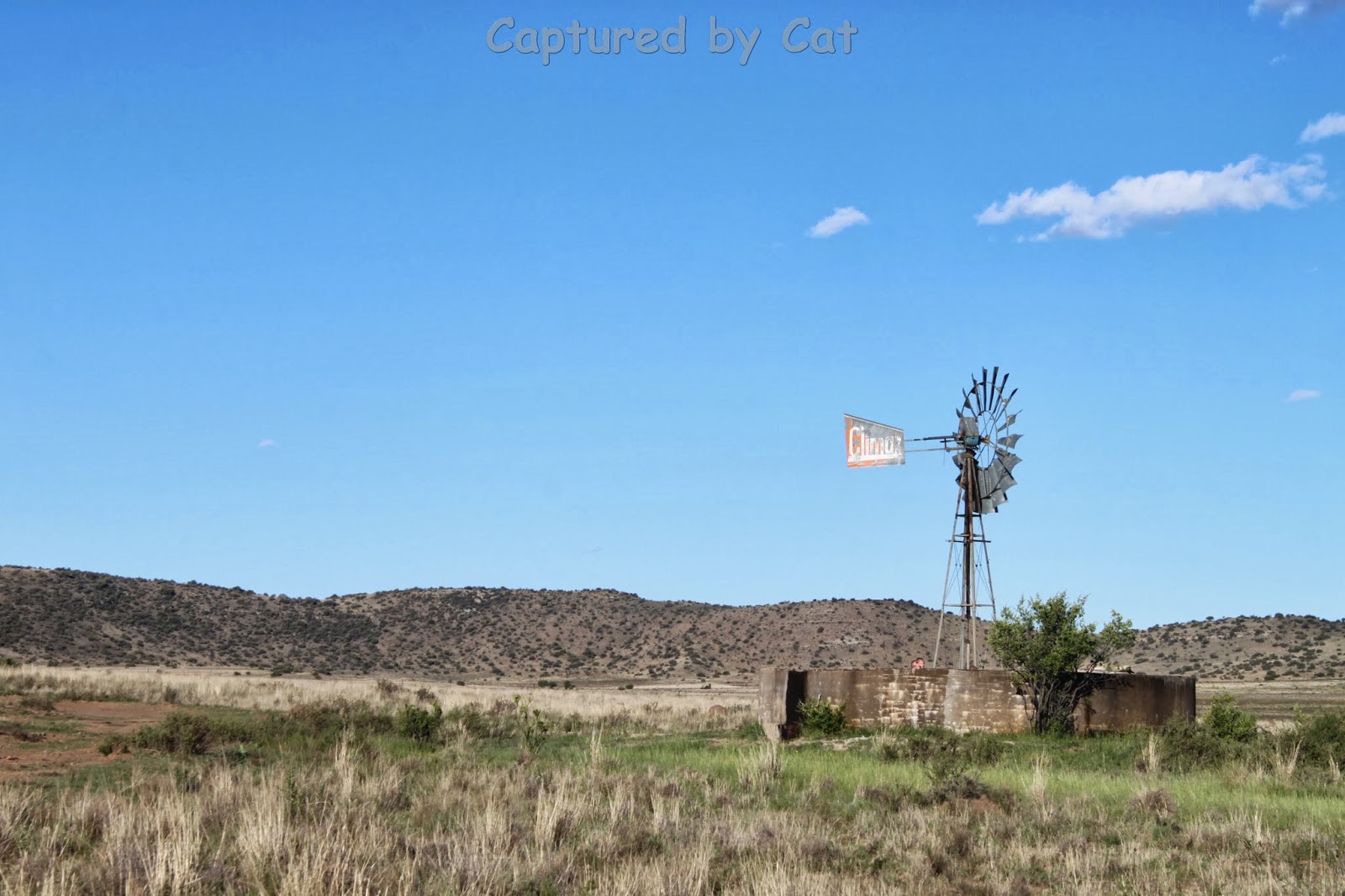 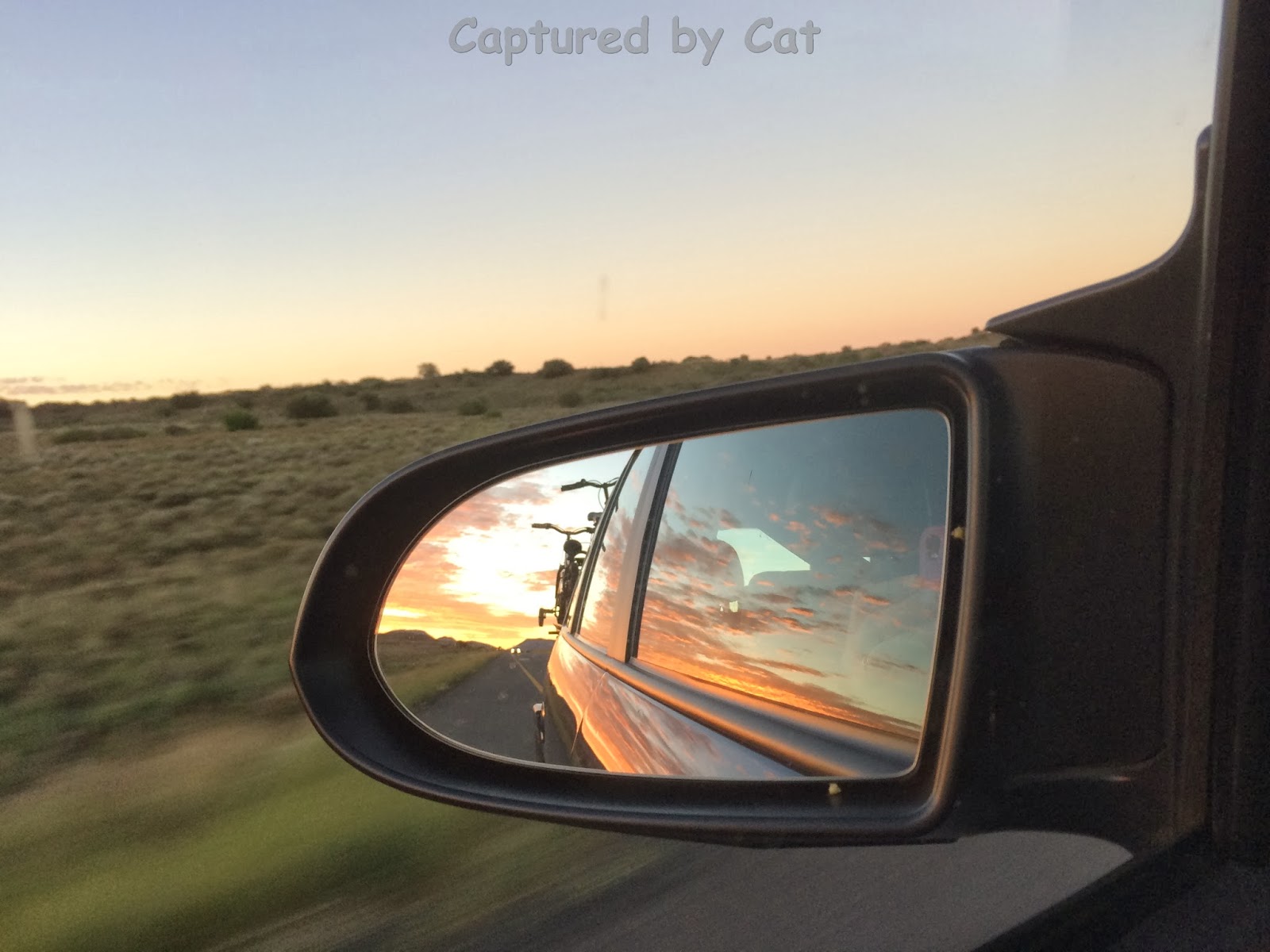 We arrived around midday in Houtbay to big welcomes from the cousins. We also got to meet their lovely puppy and after unpacking etc we headed to Houtbay beach for a bit of a swim and then to their pool. Oh gosh, was it cold for us after the last 4 years of North coast Natal waters! But fantastic weather for Cape Town
Posted by cat at 13:24 3 comments:

For quite a while I have been contemplating this

So I have made a decision - I have imported this compete blog into another blog that is a private blog. I will delete some posts from this original blog, remove a lot of photos, but leave it as a public blog from where I will continue anonymously. This will allow for a public presence but keep the family's privacy.At the same time the private blog will continue as per the usual. I may publish the same post on both but changing the visuals etc. Some posts may not be on both.

So, if you want to be added to the private blog, send me and email at rinagousatgmaildotcom. As and when I get the time I will delete posts etc from this blog.
Posted by cat at 11:01 5 comments:

Of growing up and big boy stuff

Every year I feel myself starting with the same post on this bog - something to the tune of "This holiday huge progress was made by....." referring to one or more kids reaching some milestone. Its true that time together in a relaxing environment often encourage these moments. This year was no different as...

Two big boys got rid of their fairy wheels and are cycling like hooligans. To add to that they both lost their second baby tooth mere minutes apart.

This growing up thing is now really going way too fast. I am super proud of them both.
Posted by cat at 10:29 1 comment:

Email ThisBlogThis!Share to TwitterShare to FacebookShare to Pinterest
Labels: milestones

This morning I was woken by a very excited Mr L and a slightly more subdued Mr C. By the time I was out of the shower we had 3 kids dressed and ready to prepare for the first school day of the year.

Hunter dropped off Mr L who he reported after some initial shyness was totally happy in his class. A asked me and  Mr C to walk with her to where the grade 3's are meeting but when she saw her friends she quickly called "Bye" over her shoulder and ran to them. So it left me and Mr C to enjoy his big day - first one in the real big school in grade 1.

I was totally surprised by his confidence and total joy over at last being in grade 1. The fact that he and his best "girl" friend are in the same class and that he met his teacher last year certainly helped to make the day a very happy one indeed. I do think the way that they integrated the grade 0 classes into the school more and more towards the end of last year made such a huge difference.

My precious little man C - mom knows that you have looked forward to this day for ages I know that you really want to learn and enjoy school and I know that you are going to make us so very proud of you. I love you to no end. May your school career be blessed beyond words.
Posted by cat at 16:00 8 comments:

The small things really are the big things

So I am back at work after our well deserved holiday. A holiday where things did not go exactly as planned but where never the less, we made the best off and all had heaps of fun. We had a big road trip, first sleeping over in the karoo near Bethulie, then spending time in Cape Town (mostly Houtbay) and on to Port Elizabeth over Christmas. We ended our trip with a day with our friends in the karoo on a farm bordering the Orange river. The kids were amazing these holidays - I can hardly describe how great they were and am immensely proud of them.

So I sat with the kids after the holiday away and we talked about their favorite moment of the holiday. We had plenty of highlights, visiting the Two Oceans Aquarium, eating at Simons at Groot Constantia, Christmas with many spoils, ice cream on the beach and too many to mention. A immediately said that it was when she took Spirit, a Welsh pony for a swim in the dam on the farm on the day before last of our holiday. I guess to be expected from a horse lover but she was also the most enthusiastic swimmer amongst our bunch and adores the beach sharing a passion for Sardinia bay with both her parents.
I then prompted L who simply said "quad bike" referring to all the bike rides on the farm with dad. Anything with engines is his passion, possibly a quad bike most of all.
C has been quiet all the time and then he quickly said - "Swimming in the farm dam" (our first day on holiday) and then changed it to swimming with the horses as well. And then said "no, no, finding the star fish in Sardinia bay and releasing it again". 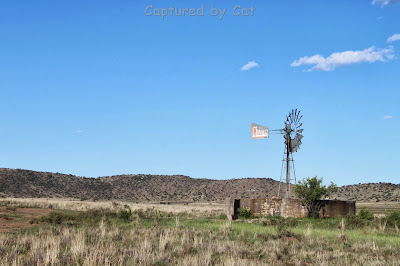 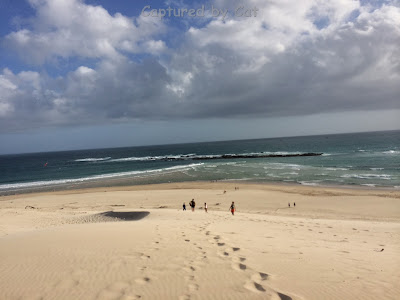 He was clearly having a tough time deciding. And then he said it, "actually every thing was the best because we did it all together."

And that I guess is the answer - its the small things (none of these cost anything) that makes the big things count. Spending time together doing things we enjoy is what holidays are all about. Come to think of it, it's what life's about. May your 2014 be filled with magic moments.