So what does the world cup mean to you?

We all got into the spirit somehow and now, with Ghana left int he cup, we all support our African team. But what does the world cup mean to us? I believe that the value is two fold - positive publicity for future tourist and purely money brought into South Africa.

These figures were sent out on Classic FM last week. In the last 3 weeks the following figures applied:

My local shopping mall, Brooklyn Mall tells me that they are experiencing tracing densities close to Christmas shopping. Only in May were they 15% up day on day on last year. Admittedly they have Pretoria's FIFA ticket office in the mall, but as you walk there you are astounded by the amount of tourists and languages floating around. The traders in the mall are more than happy. And guess who are making the most money? Woolworths has huge trading volumes due to the supporters gear that they stock. The restaurants are doing fast trade.  And then the jewelery shops - my word - the one was so full on Tuesday morning with American tourists you could not step inside it. I am talking high class shops here too.The one assistant tells me they are selling a lot of diamond jewelery.

But talking of which, I thought Brooklyn Mall's advertising campaign for the world cup was great. In stead of doing the typical players etc, they got the "real people" of the mall involved. They shot a series of "Soccer supporter" pictures with well known mall faces - owners of shops, shop assistants,  the center manager, one of the cleaning staff, one of the security guards , etc. People whose faces you know if you get there often - original, viby and really creative. I also love the makarapa exhibition. 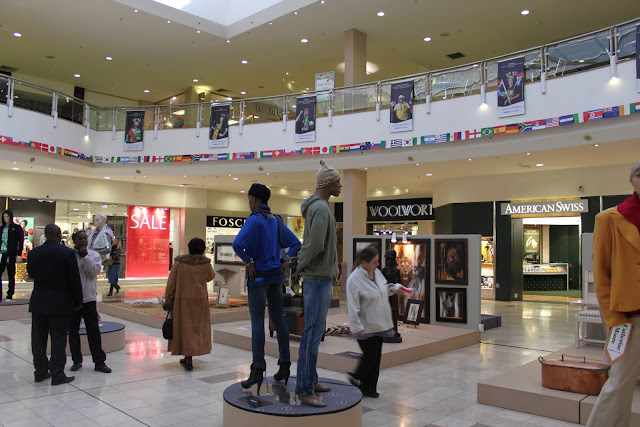 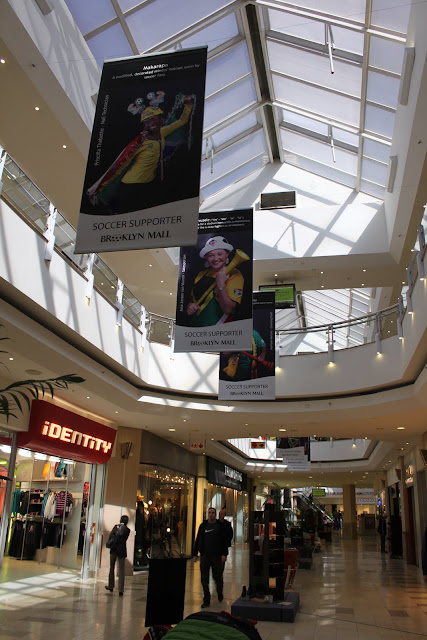 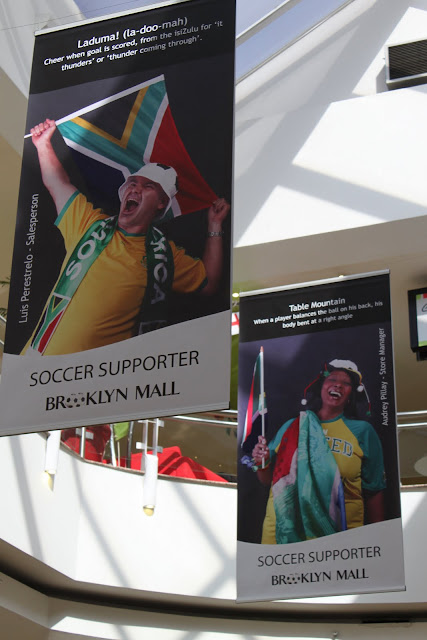 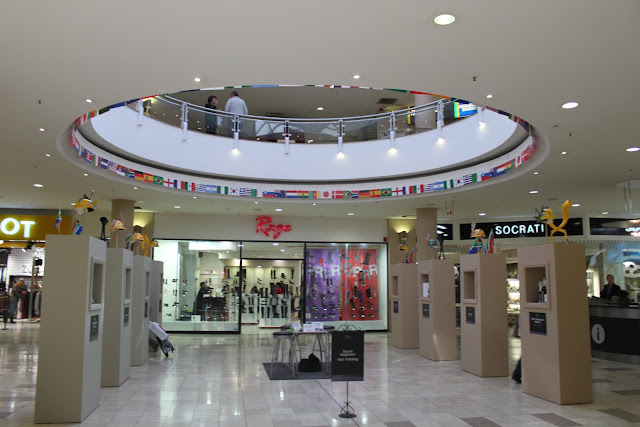 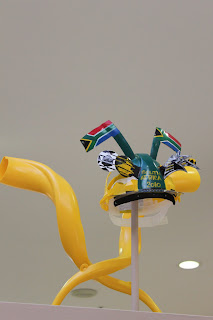 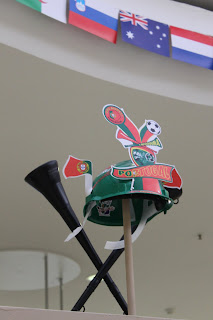 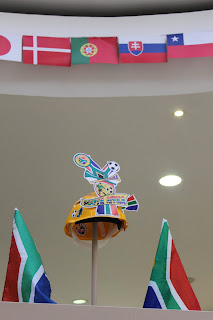 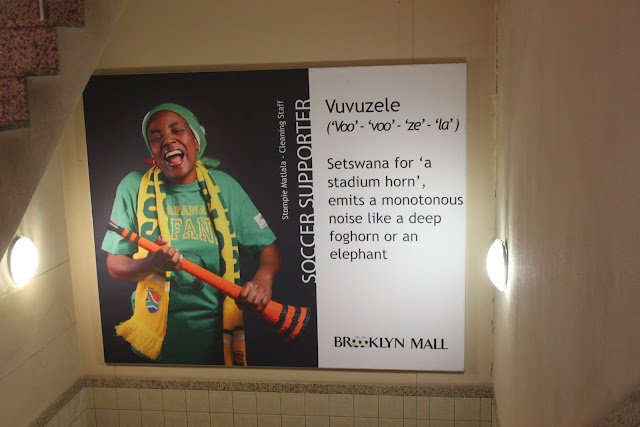