Yes, I am actually going to post about the weather.

But it was just way off the normal yesterday - blog worthy I would say.

Yesterday morning was a nice and wram, although overcast morning. I dressed in a 3/4 sleeve shortish dress with ordinary stockings( -not tights) and shoes and a T-shirt cardi and as an after thought took my warm purple jacket. Good thing I did.I had a meeting in Eastgate with one of the major clothing retailers - halfway to the other side of Gauteng for me. But I love the R21 freeway so I took that way around to the meeting. As I progressed towards the South the clouds became thicker and thicker and when I parked at Eastgate the temperature read 7 degrees Celsius.

During our meeting I saw that it has indeed started to pour outside - heavy heavy rain and as I left just after 1pm it was raining so hard that you could hardly see in front of you. Stressful driving conditions to say the least. Just to be trumped by hail just after the airport, followed by what I assume to be either sleet or snow. The temperature in the car read 3 degrees outside! It looked like a white wonderland to the sides of the road, but driving conditions was so bad that I did not take any photos. I got to the Lynnwood offramp at about 2:40! Crazy for our part of the world.

And this is what I found in the garden on Sunday - Spring too soon perhaps? 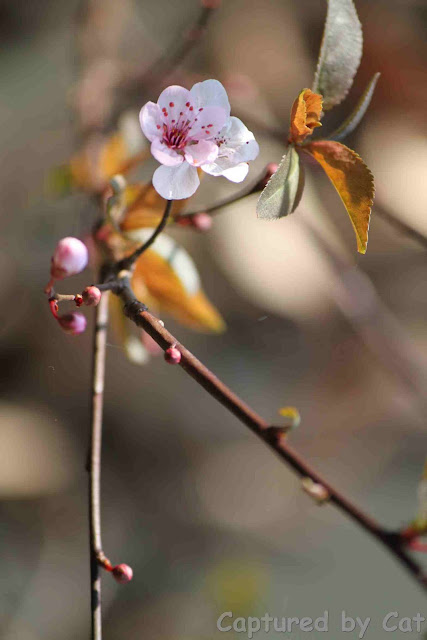