The day my boys had me speechless - and extremely proud.

If you have been reading my blog for a while you may know that our family has a motto - If you participate to the best of your ability it is good enough for us and in our eyes you are a star. For us it is always about trying, and trying your best. Not winning.

The boys have been doing Judo for the last 2 years and Mr C has participated in two tournaments before and Mr L in one. Mr C has previously won one silver and a gold (but with very small field). We were not convinced in both cases that they were giving their all .This Saturday we decided to participate in one again and the field in their age and weight category was sizeable.

I did not expect much but boy, when Mr C went in for his first fight I could not believe my eyes! Such guts, such determination and will to win! Even more of a surprise was Mr L that went full out for it and did exactly the same.  I was so proud right then that I could not stop smiling.

In the rounds they never played against each other but then when the medal play outs were announced they came up brother against brother. Fun but difficult - all of a sudden it went quiet in our little corner - just for that fight. 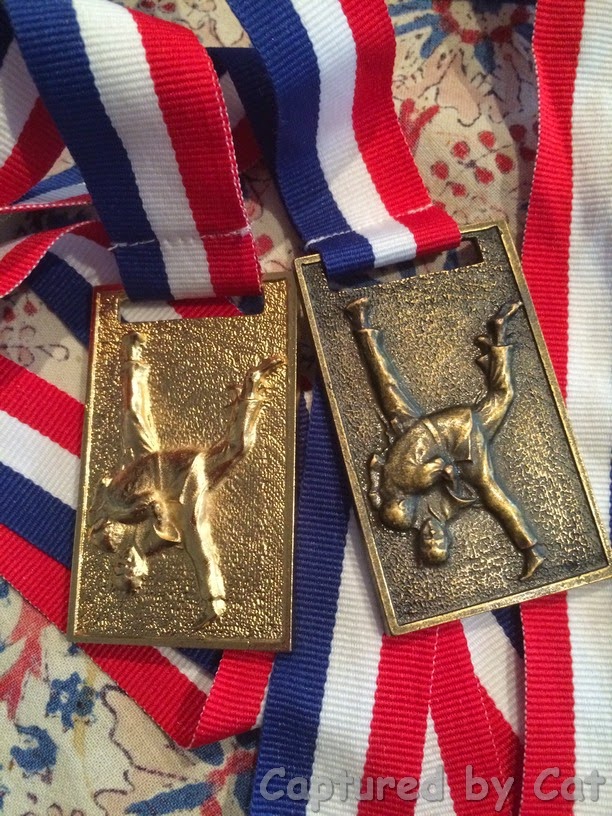 In the end, Mr L walked away with gold and Mr C with silver. Mr L won the medal decider with points but also had one more clear (not points) win in the rounds. I am so extremely proud of my two boys - not just for winning medals, but for living out our motto with enthusiasm.
Posted by cat at 13:36