The hills are alive with the sound of music... 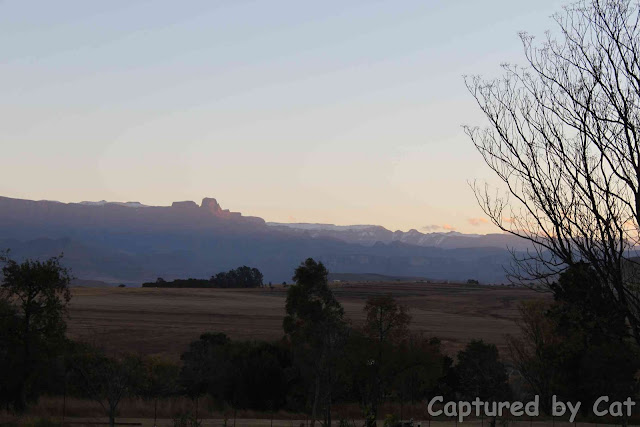 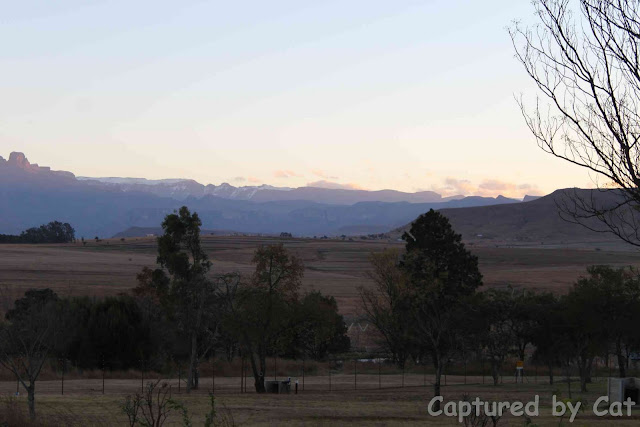 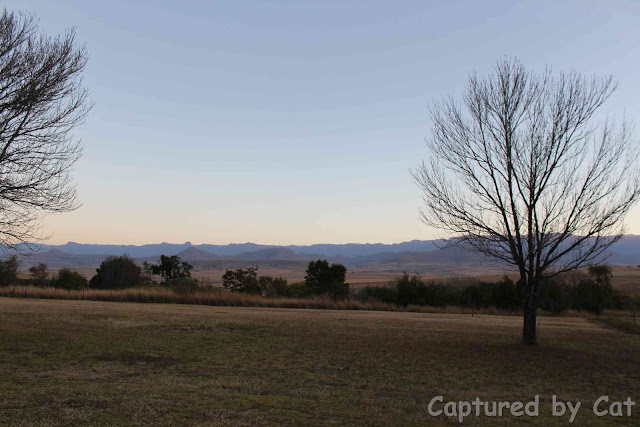 but not exactly me singing and helicopetering on a pretty mountain like Julie Andrews as I have no voice whatsoever at the moment. All this whispering is rather exhausting.

At the moment I am in the Drakensberg - or just known as "The Berg" in South Africa. It is beautiful and our little slice of Switzerland in Africa. I am on a rather unique girls weekend - me, my friend (and cousin) Ananda,the Princess, my mom, her friend Antoinette with her granddaughter, the same age as the Princess.

It is off course, being the middle of the winter, rather nippy and the wind was hectic along the pass today- and as you can see, if you look closely, yes, a sprinkling of snow on the mountains. 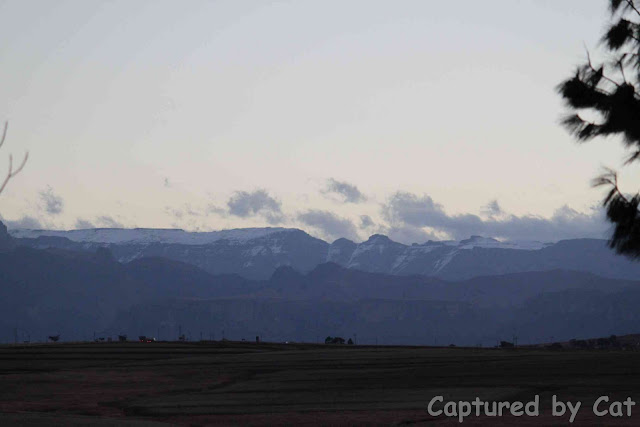 We are planning on some rest and relaxation, and just general, well, resting. Bo also doing a few outings etc.

Today, we took quite a while to get here - let's just say that a problem on the usual route's pass caused a rather longer route than envisaged. At Harrismit after a nice meal at the Spur, we spotted a pack of Harleys which the girls (and a big girl) loved.

After arrival at the resort we went for a quick walk and in just a few minutes, as the sun disappeared behind the mountains the temperature plummeted from a comfy but cold, to a rather cold. So tonight, we are cosy and warm in the house - just had soup as a starter and the lasagna is warming nicely in the oven.


I am bargaining on a great night's sleep and holding thumbs Hunter has a better night with the Boys than the previous few - and that they are a lot healthier.