As promised yesterday, today is all about our short visit to the world famous Kruger National Park - a wilderness area the size of Belgium. I have been to the park so many times - my family took me from a very early age and I kept it up until the month before I got pregnant with The Little Miss. We have not been back until last weekend due to the fact that it is a classified Malaria area. But this year is a very low incidence year and we deemed it safe enough to let our little girl go with me. Off course, we take all possible precautions.
I took the 4 smallest girls, A, cousin Jana, her friend Alida and cousin Carla with me. On our half hour drive to the gate (the gate at Komatipoort is currently closed due to flooding) the girls listened to the Mama Mia soundtrack and was singing top of their voices, and off course I joined in - lovely of let go of all convention and just sing! It is exceptionally green and pretty after a good rain season. 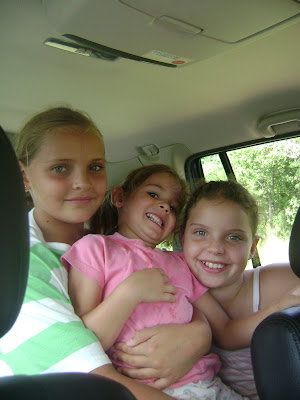 The 3 little ones game viewing ( you are allowed to take off seat belts, car seats etc - top speed in the reserve is about 20 miles/hour)

We were really so very very lucky - in 3 hours we saw 3 of the big 5: The big 5 is the 5 most coveted animals to see in a game reserve and can be seen in South Africa, Botswana, Kenya and Tanzania. It originally referred to the 5 most dangerous animals to hunt on foot and are: Lion, Elephant, Rhino, Leopard and Buffalo. Often theses days guides talk about the big 7 which include the cheetah and Wild dogs. 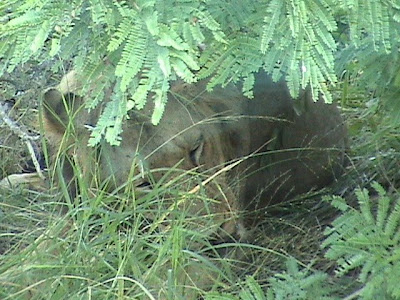 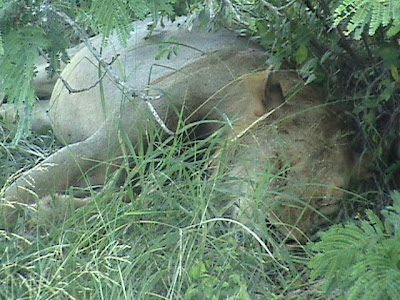 3 Lions (2 pictures here) close enough for A to see well - that were sleeping next to a giraffe carcass. There were probably more lions as you can often not see all in the dense grass. 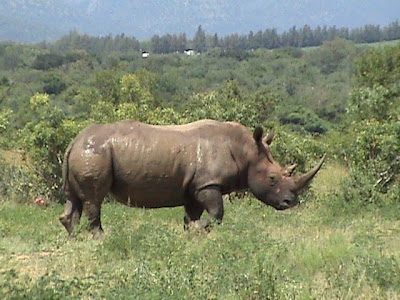 A white rhino really close right on the park boundary. 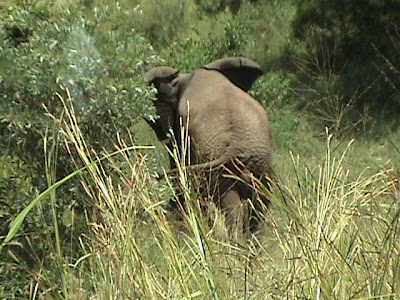 An elephant - also close enough for my 4 year old to see. 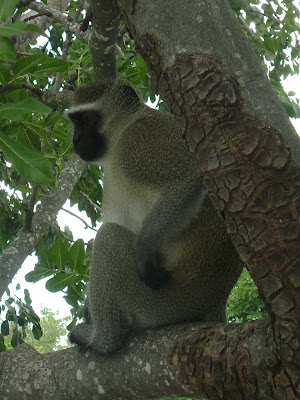 We also saw what we refer to as the usual stuff - giraffe, zebra, impala, monkeys, ground squirrels, banded mongoose and lovely birds, amongst them a fish eagle.
After 3 hours we stopped at a rest camp for ice-cream and turned back, leaving the park about half an hour later. 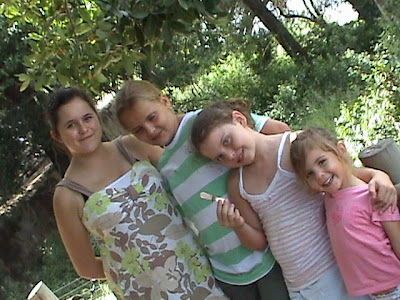 The 4 dancing queens.
It was a great day and so special that I could take my little princess.

For some more special photographic moments head over to Carrie's for more 4XF
Posted by cat at 08:07