Playing with Angie for Wordful Wednesday....

Yesterday was grommet surgery take 2. Little man C ' turn. The children's ward was full but when I heard why, I was so relieved that we landed at the day ward (with 3 other kids). Due to a measles outbreak in our city they had to turn 2 of the normal children's wards into isolation wards as well. That was the good bit about it. The not so great bit, was that there was not a single cot available, so I had to sit with him every minute to make sure he does not fall out of bed. Luckily we had dad there as well. The other not so great part was that they did not give him pre-med (the anaesthesiologist was caught up in traffic and came late - and it not being a children's ward they did not automatically give him pre-med). So he went down fighting. But woke up like a little angel. Calm, sweet and all smiles. I am so relieved that this is all over and hope on healthier children. 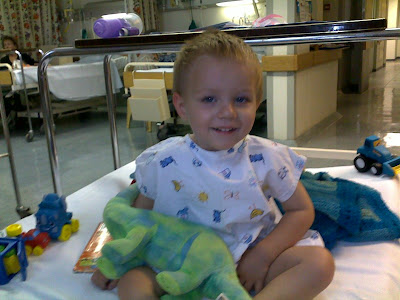 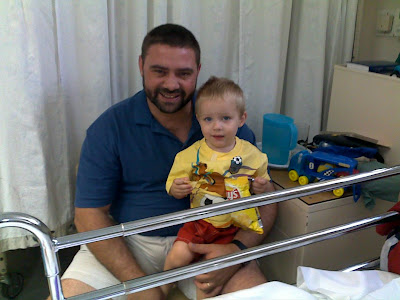 And of course, I will not let a chance go by to play along with Cheryl:

The picture with Hunter reminded me of this one: 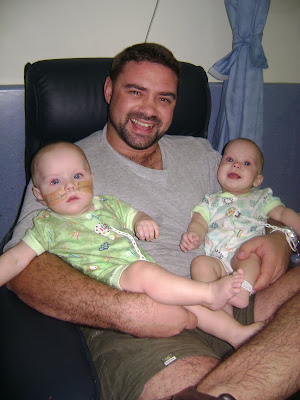 Not one, but two commenters had a Freudian slip! (first I thought I made a spelling mistake, but no, I did not!)
Suemac realised her mistake and had a good laugh (giving me a great laugh as well): "I need to get my eyes checked.... I thought it said Blue Balls not Blue Bulls... and I laughed soooo very hard, my side hurts! "
But this one is so funny: "Your team name is the Blue Balls!? lol" from our gracious host at Friday Freewrite.
Just shows how our minds work - so for your viewing delight - The "Blue Balls" logo and mascot. And BTW, we won and are hosting the final on the 31st against the Cheetahs. 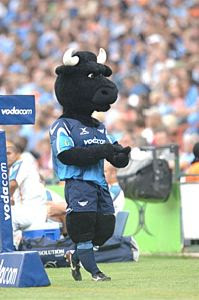