I think we had a better weekend

On Friday afternoons we usually have a sweet treat after school as we are in general home an hour earlier. This Friday I tried caramel crispies cones - the kids loved it way more that the marshmallow rice crispie cakes I made the previous week. We had homemade chicken burgers for dinner and the Princess played Disney faerie games while we looked at our photo book. 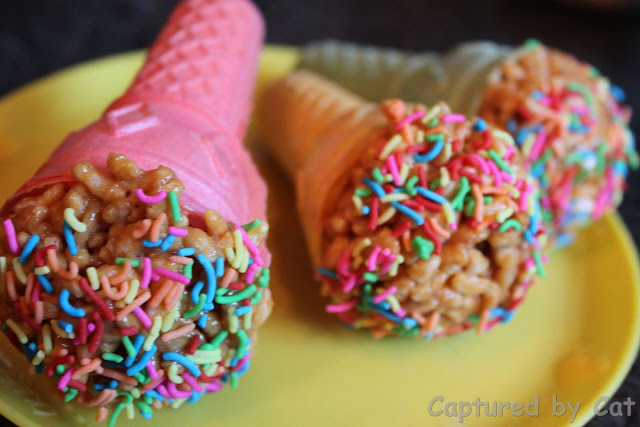 Oh Saturday morning daddy did some errands and

Someone got a haircut and blow wave
Someone got his new glasses after he choose his new frames himself last week. Yes, they are the very same Fisher Price glasses, just another colour.
And someone did nothing special but loved visiting granny after the shops because
Everybody got a Kinder egg at granny's

After dropping the boys at home with dad for a nap, the Princess and I set of to the shops for some needed retail - winter clothes for C, some for her and for her to spend her birthday money (yes, she actually waited 3 months). After a visit to our local playpark we had pizza for dinner and all the boys got a haircut from me.

On Sunday morning my hubby let me sleep-in. I slept until they returned from church at 10! (You can tell sleeping has not been the greatest in our home). After that I quickly ran to our local shops to get some prints made for my MIL as Hunter flew to PE today. The rest of the day was spent quietly at home with all 3 kids napping in the afternoon. We also made 3 meals for the week and ended it off with a walk in the neighbourhood and a braai.

Maybe it is because Hunter gave me a lot of time off that I feel it's been a better weekend, but truly, I feel we had fun, the kids napped, it was good. Sleep however, remains a disaster. It has been almost a week since L slept through. Last night was well, a nightmare.Somewhere between 10 and 12 the Princess had a nightmare and I went outside to take the washing off as it started to rain. Hunter had to get up at 4 for his flight to PE for his Oupa's funeral - (due to heavy mist, they had to land in another city and indeed he has missed the funeral service. Damn!) - just before that both boys woke up and that was the end of sleep for us despite me dosing them with a shot of Stopayne last night. I am indeed already tired. 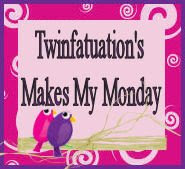 Playing along with Cheryl.
So how was your weekend?

Edit to add: Hunter's plane landed in East London. He is on his way to PE with other passengers via rental car and should make it to the graveside part of the funeral.

Email ThisBlogThis!Share to TwitterShare to FacebookShare to Pinterest
Labels: makes my monday, weekend