As most of you know we have had a rather rough sleep issue with our boys. We have had better and worse times. The last 3 weeks have been some of the worst ever. L just did not sleep through - almost never, and when he wakes up it takes an average of 2 hours to get him back to sleep - most often between 2 and 4 in the mornings. So I have ordered a weighted blanket a while ago as so many moms of SID kids have told me that this was the answer to their problems. But last Monday I rented Lucy to sleep with the boys - I just had to have one night of good sleep. The next morning she confirmed what we had thought - their toddler beds (that was their cribs converted) was too small for them. Little man C starts getting restless at about 2, bumps on his bed and wakes up little man L. C then comes to our room, get on the little mattress and just falls asleep again. L just can not fall asleep again.

So my hubby immediately reacted on this on Tuesday night - we have long ago arranged with my mom that we will exchange the double bed we had in their room (with their cots) for two single beds in her spare room. Hunter just did it - himself!  We put the boys to sleep in our bedroom on our bed on Tuesday night and as soon as he had the beds in and I made them, we moved them to their new room at about 11pm. They only woke up at 5:30! The next evening they went to bed, on their own in their new beds. And woke up at 6:05. Friday morning was not so great - both up at 4 am! And eventually we got the much anticipated weighted blanket on Friday afternoon - and have the old 2 to 4 am story of the past. Really I wanted to cry on all the money spent on the bloody thing, and no sleep joy. But Saturday night and last night was wonderful - all slept through until almost 6. Maybe L just had to get used to the blanket.

So we live in eternal hope of the full night's sleep, but hoping we have moved in the right direction. 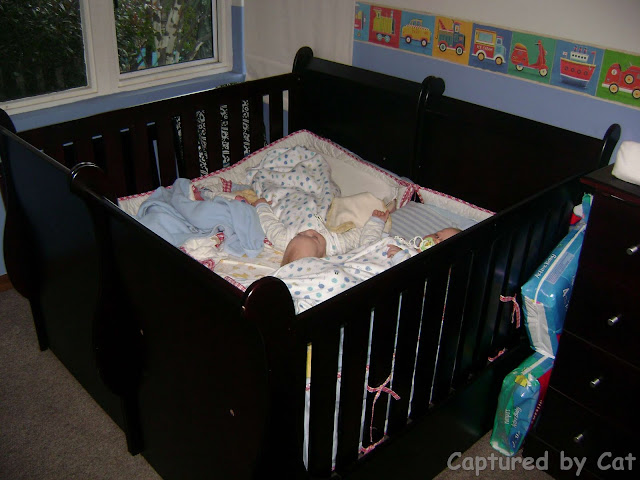 And the smiles says it all!