There's no place like space for a great party.

Imagine having twin boys with very different passions and having to organize a party that both of them will love? Up to this year I think anything would have been fine for them and they did love their Lion and Crocodile party last year, but by 5 they very much have their own opinions and I wanted a theme that would thrill both of them. Mr C is at the moment totally obsessed with space - he knows all the planets, how many moons and rings they have and all sorts of facts that I do not even know at all.Mr L is still obsessed with everything with engines be it with wheels, wings or whatever. His ideal party would have possibly been excavators etc, but the promise of many rocket ship items the week that space was the theme for the week at school did it. And a space party was born.

We had the party at their pre-school - a brilliant idea. You can rent the school for a Saturday for a fee - it is cheaper than a party venue, has all that you need in terms of playground, tables and chairs etc and theirs even have a braai area as it is connected to a church. The school gets extra money for maintenance of equipment etc and you get a great party venue where the kids totally feel at home.

On to the decor/theme stuff: 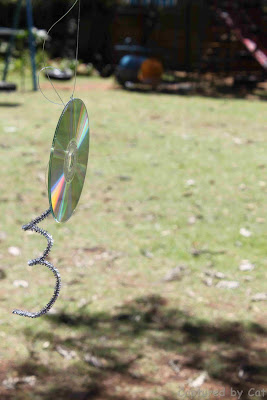 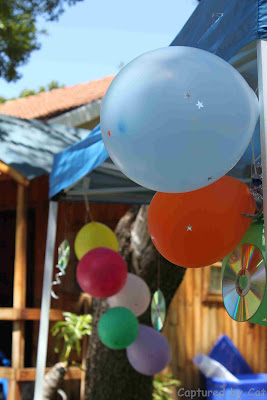 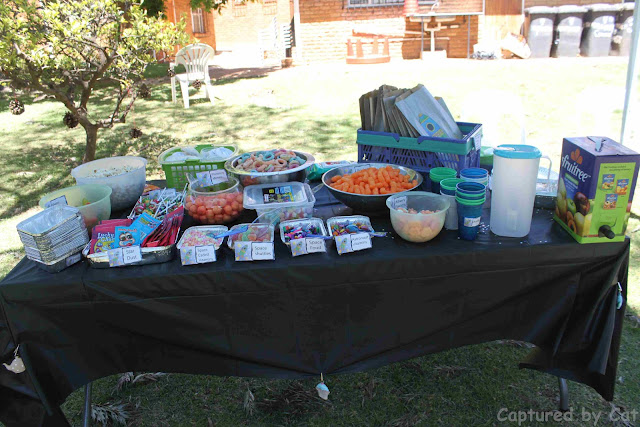 For the first time ever I did a sweetie buffet in stead of sweets pre packed in party packs. The little aluminium containers on the left had names on and was used to dish sweeties in. Every sweet type was named something to do with space like "Space cadet vitamins" and "Alien faces". What was left at the end of the day was taken home (plus some just because). Amazingly the kids ate very little sweets, chose only what they liked so the waste was minimal and I totally loved that so many parents had some sweets and took party packs home for themselves. 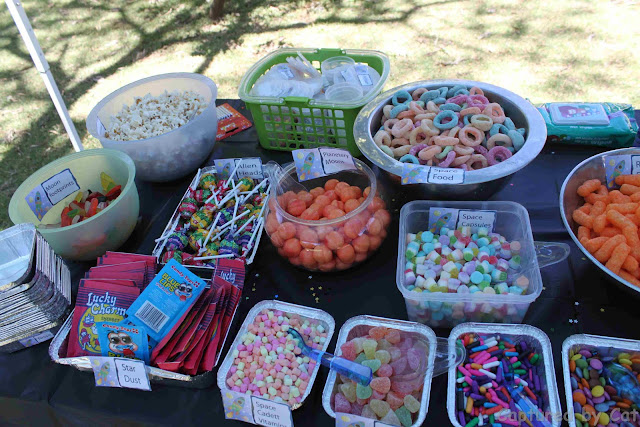 Below you can see why a pre-school is the perfect party venue - lots of equipment, dressing up, sandboxes and yes, the ever popular jumping castle. 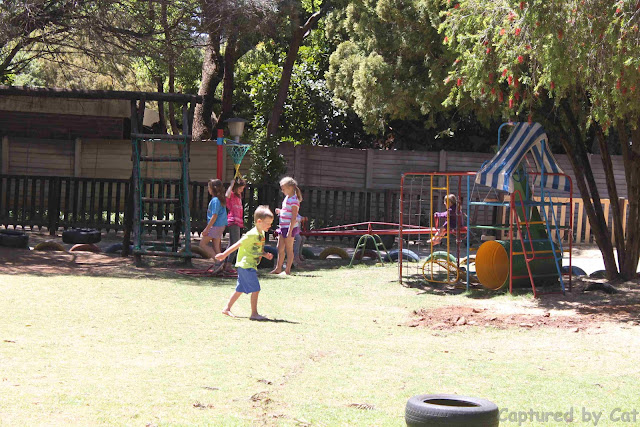 The kids just played and played until we gave them all a nice Boerewors roll to eat (Prego steaks for the parents.).

Then we went on to make each kid's own little bit of space by making little mini space globes (snow globes). I used little plastic containers bought at the packaging shop, beads for planets, big stars and smaller stars and glitter for the final stardust touch. I then added water and sealed the lids with bostik. Most kids loved it, even the smaller ones. 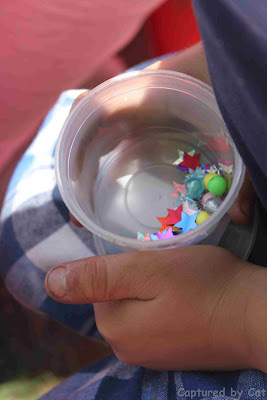 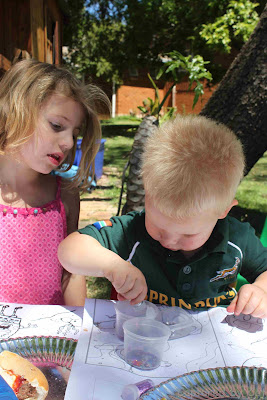 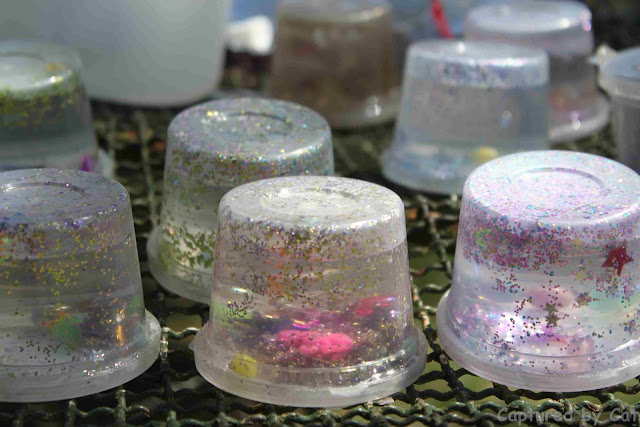 After a lot more playing and chatting we all dispersed just in time for us to tidy up and be back home just as the Springboks took the Aussies on.

I loved that the party had a relaxed atmosphere, I loved that it was relatively low intensity - I made everything before hand - to set it up took us about and hour, to tidy up less. Above all I loved that the boys declared it the very best party ever.

(BTW - I did not take many pictures - thanks to teacher Wendy for the ones marked "Captured by Cat" and Marcia for the rest - you two did a great job.)