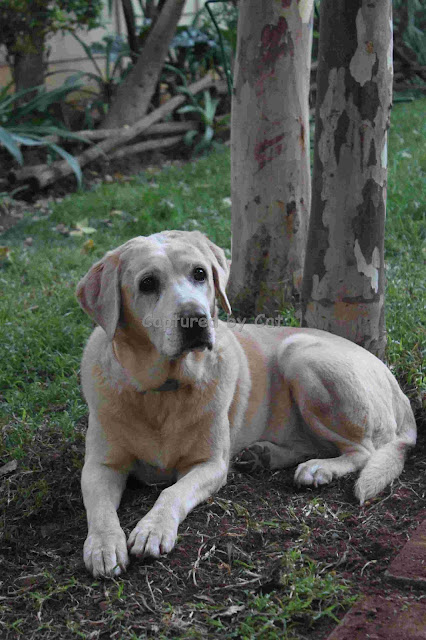 It's busy around here - very very busy - I have uploaded some of these photos almost a week ago. I have to share the one above of our beautiful oldest child, Puppy M now 11 and a half years old and still going strong. (And still naughty at times - believe me) She is such a great companion. I think this may be the best picture I have ever taken of her.

This week is utter chaotic busyness - partly just because it is filled with the kid's usual and unusual stuff at school but also because I am managing the office solo (business partner is on leave) and because I am going away next week. Yes my dear friend in the computer, my darling hubby will be looking after the brood next week while I relax with two friends. I have never done this before and am so grateful for the chance to rest and relax and catch up on a lot of talking. So very little blogging and blog reading taking place.

However I have to share some pictures of last week's happenings:

On the 1st of May public holiday we spent the day with friend K and the kid's teacher from their old school and her two kids at the park. It was a sunny, relaxing day filled with heaps of happy moments and lots of cycling 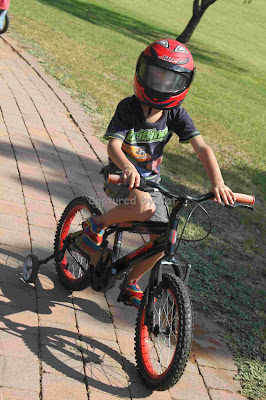 A had her first netball tournament on the Thursday before the wedding (thus almost two weeks ago) and they won all their games. She is happily playing in both the B and the C teams as is Miss K - the two seem to be joined at the hip.

The boys played in their first "bulletjie" rugby tournament - a version of rugby where no tackling is allowed and the tag on the side of the pants is ripped off to count as a tackle.I just love that they play in the school's rugby jerseys and represent their school even if they are not formally in it yet. The cuteness is totally overwhelming.