One on one time

Mr C had a busy weekend - on Saturday he and 21 of his best buds had a Voortrekker speciality course - animal observation. (For the international folks - think something similar to the Scouts). He also had a mad scientist party following right on. As I attended a camp with A earlier this year and Hunter went on a father and son sleepover with L I volunteered when they asked for two moms to join and help the boys on Saturday with the dad that's the leader of the group. Hunter juggled the other two kids with horse riding early and A's first hockey tournament for the season later. 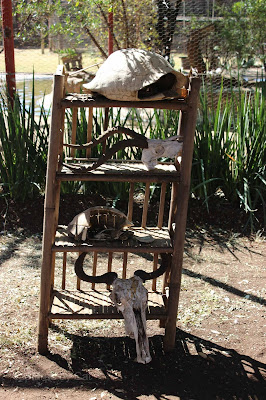 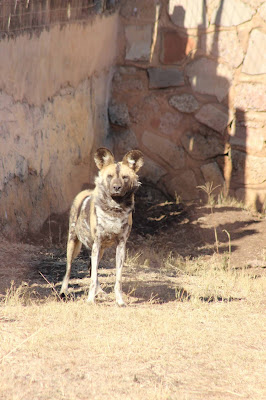 So in a rather unplanned way this combination resulted in a whole day just for me and C (although of course he "shared" me in the morning). The boys had huge fun at Farm Inn seeing wild animals on a game drive and a treasure hunt in the farm yard. Many boys loved petting and feeding the bunnies and guinea pigs the most. 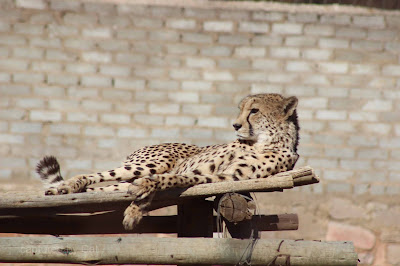 He loved sitting right next to me in the game vehicle but still had fun playing around with his buddies. We left as soon as we could and headed over to the party - while all along he kept taking about everything he saw and learnt during the morning. 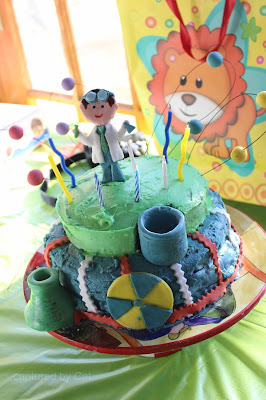 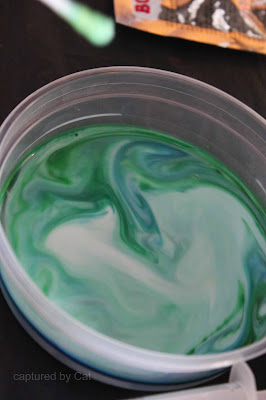 At the party he immediately joined his buddies around the table and enjoyed and participated in every experiment that was shown. Boy did he adore it. He made sure though that I saw every experiment. Very tired we both left just as soon as it was decent to leave - we had a long long day.

On our way back he kept talking about the experiments and what he learnt and almost at home he fell silent for a while. As we parked I felt two little arms embracing my neck from behind. He landed a big kiss on my cheek and said "thanks mom for our wonderful special day together". When saying goodnight later - the usual hugs and kisses and tucking in he once again gave me a huge hug and said "I will never forget our special day together".

I once again realised that some one on one time with each of the children is so very important. Believe me with two parents and 3 kids with a very full program it's really not easy to do this. On Saturday afternoon Hunter and Mr L had a small pocket of time just for the two of them and it was also hugely enjoyed by them both. We will try to do it more often - because it means so much to them, and frankly to us too. And although a whole day is great, small pockets can also make a difference.

I would love to know what and how you spend one on one time - especially it you have more than two kids.
Posted by cat at 13:57

Email ThisBlogThis!Share to TwitterShare to FacebookShare to Pinterest
Labels: C, it's not easy being a parent, weekend