Ok prepare yourself for picture overload!
And just because I know Debbi will not mind - for Two for Tuesday, find the many two-somes of me and my princess in this post.

We landed on Wednesday to the South Easter blowing like mad, but Thursday morning was a picture perfect hot and light breeze day - the best you can wish for in that part of the world. We decided to stick to our plans and go to the Two Oceans Aquarium and the Victoria and Alfred Waterfront. The aquarium is world class and depicts the Atlantic and Indian Ocean's fish life that meet at the end point of South Africa.

But first, we spent some time playing at home until it was time to leave on our adventure. 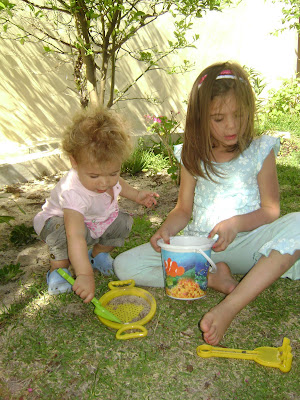 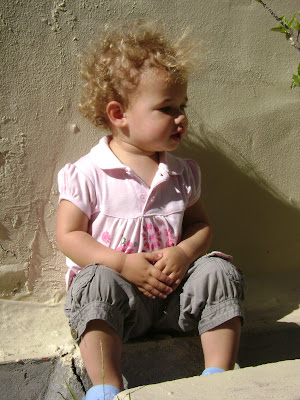 Just look how cute my little niece is! 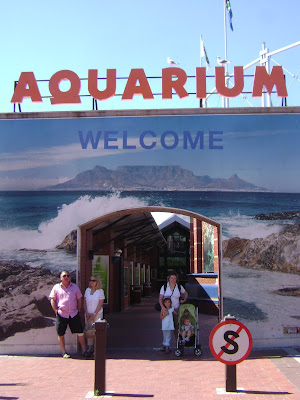 My SIL, A and Madelein at the entrance to the aquarium. 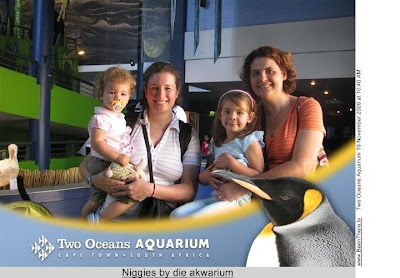 The four of us on the Aquarium website picture. 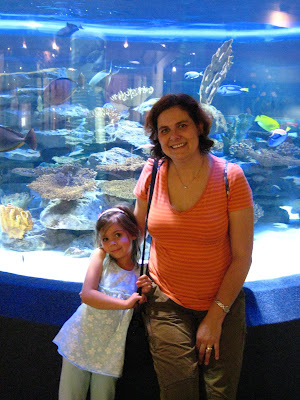 Me and my princess at the fishies. 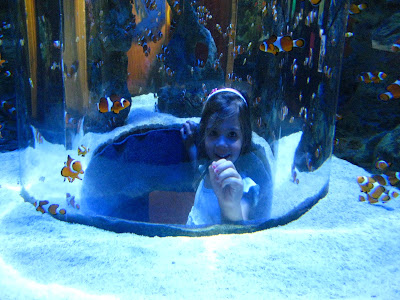 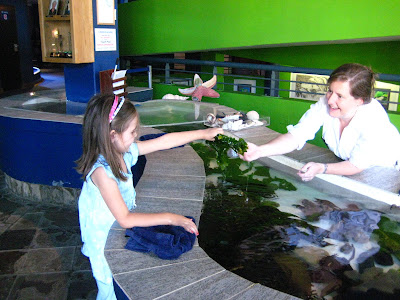 The touch and feel area was a huge hit and kelp was so much more interesting afterwards. 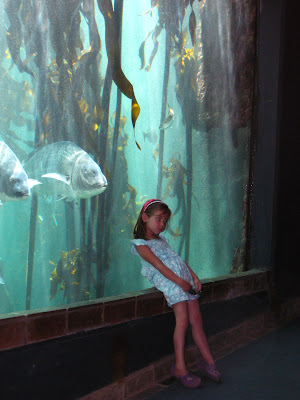 In front of the kelp forest exhibit.

The Aquarium is currently running and excellent frog exhibit and every thing is huge, "shrinking" a human to frog size. 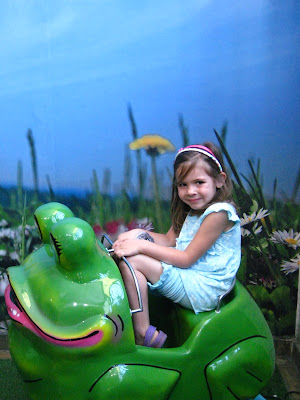 Feeling how to be the size of a frog. 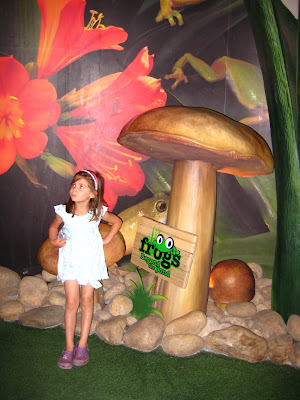 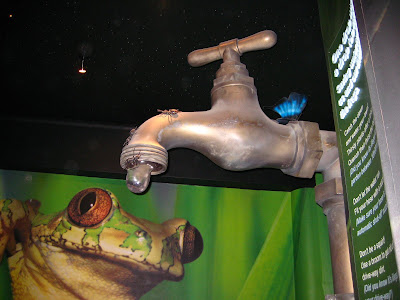 This tap was way taller than we were.

After the Aquarium the plan was to have lunch somewhere at the waterfront - there are so many great choices, but after walking through the craft market we had two very tired little girls (A went to bed way later than she has ever been) and we decided to have a hotdog at a stand on the harbour and head home. 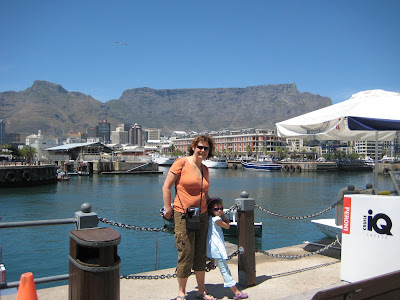 The essential Cape Town photograph - us with Table Mountain in the background. The boats to Robben Island leaves from here but we will do that when she is bigger and has some understanding about the Apartheid issues. 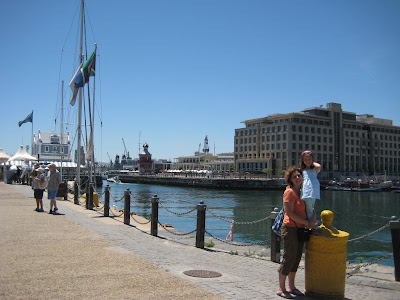 Looking in the other direction over the harbour. 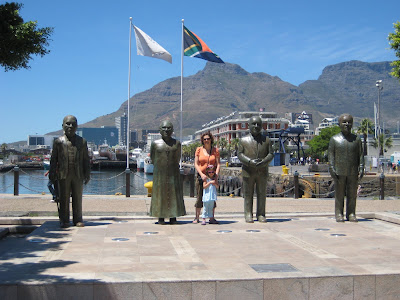 The two of us at the monument to South Africa's Nobel Peace Prize winners - form left - Albert Lutuli (1960), Archbishop Desmund Tutu - 1984 (the Lil Miss was so excited to see "Oompie Des" again - read here where I blogged when she met him in real life), us two, President FW De Klerk (1993) and President Nelson Mandela (1993).

After heading home and a nice afternoon nap, we headed for Houtbaai beach - their local beach where the two girls had so much fun. The perfect day ended with milk shakes for the kids and ciders for the mommies at the beach cafe. 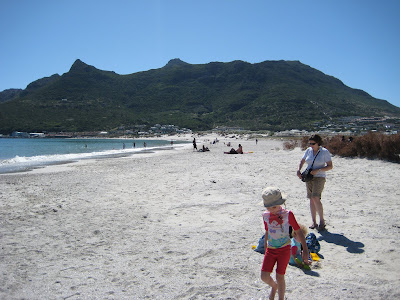 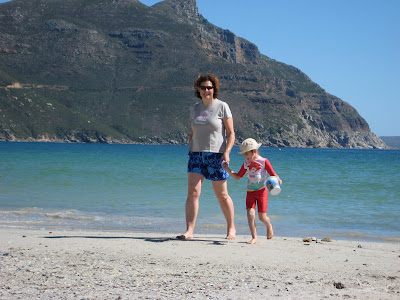 Just check the beauty of the beach to both sides. 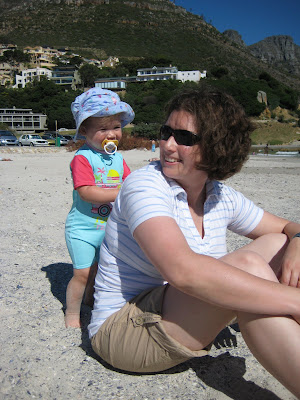 She just loves to push mommy. 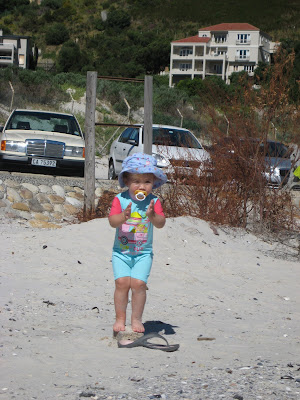 My Crocs had a major fascination, and so this bit of brick that she is balancing on. 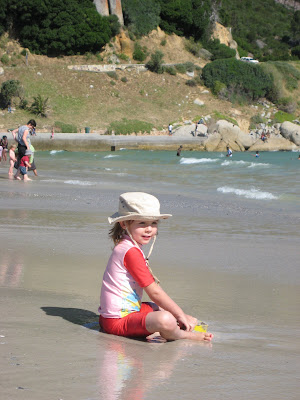