It's Friday and time to catch up on some unblogged holiday moments - this time once again from our December holiday. While driving down to Port Elizabeth we stayed over on a farm on the other side of Bethulie than our usual haunt and it turned out to be the time of our lives. We arrived the afternoon and spent some time walking around the homestead . I met the couple who owns the farm (Hunter has been there before with friends) and their little girl and had a nice braai together.
The two little girls "mothered" the two Jack Russel puppies. They (the puppies) were exhausted and kept crawling into the sleeping boy's bed to get away from the still awake girls.

The next morning the family came over just after breakfast with the little girl's pony and a quad bike. I can not try to explain the fun that followed.

And before we even knew it she was riding on her own. Later the pony was on her back feet and she stayed on top and did

The boys both got a ride or two - C's first ever on a pony.

The puppies chaced bugs, went for a run and another swim and just relaxed. 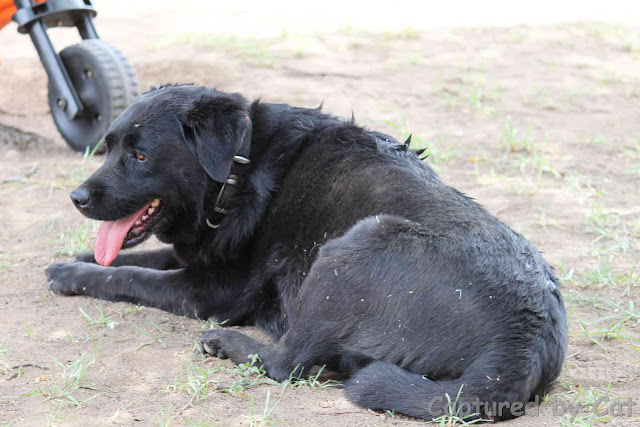 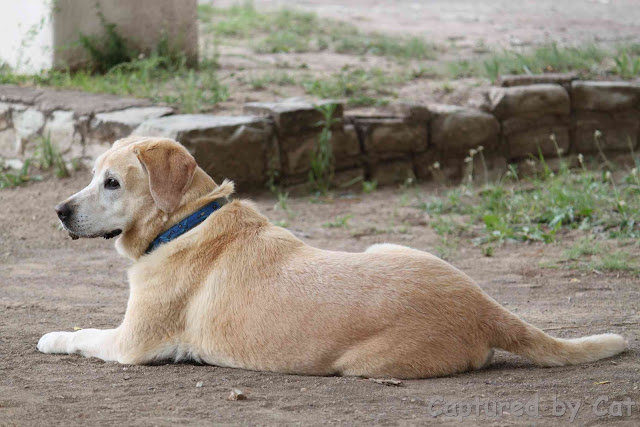 I think the boys had at least 20 trips up and down the farm road and into the veld.
They had the best time ever.

We only left the farm at 3pm to complete our journey to PE with 3 (make that 5 and include the pups) very tired kids that slept a very very long time into the last bit of our journey.

Hosted by Cecily and Lolli