So yes! It's Friday and the first one in a while that has a small semblance to the usual.

1. The Friday morning coffee club met for the first time in 2017 in full numbers (we are only 3). Gosh the first term has flown past. We generally only have coffee but this morning turned into delicious breakfasts. It was such a great hour spent chatting and listening and eating at our little local coffee shop. There is something to say for one that opens before 7 am every day. 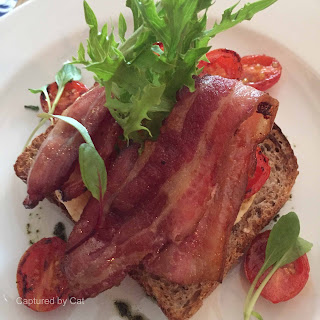 2. I got my stitches out yesterday and was promoted to one crutch and being able to drive a bit. I am so very very happy - am starting to feel relatively like myself again.

3. The rugby season started yesterday and the boys' team won their first match in a very convincing way. L made a huge tackle on a much bigger boy to his own great delight.

4. It was A's yearly ballet concert last night and the night before. It was once again spectacular and featured the most beautiful costumes. She also danced in a Spanish number for the first time. It was a lot of Saturdays and nights and extra hard work but so worth it.


5. It was world Monopoly day on Sunday and to celebrate Monopoly released the results of their Token Madness vote. I am glad to say that Scottie the dog lived to survive another round There is even a T Rex now! Tonight is Monopoly night in our home as we upgrade from the Junior version to the special edition token madness one. 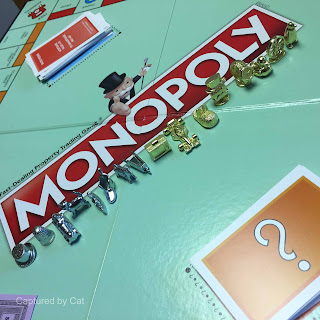 Email ThisBlogThis!Share to TwitterShare to FacebookShare to Pinterest
Labels: Five for Friday