Every morning I wait with abaited breath....

to see what Timehop has to offer. Honestly I totally love this app. Maybe just second to Instagram. Truly seeing those pics and status from years ago often tug on my heart strings. Last week it offered my tiny baby boys on their Ybikes. Just a few days before the Princess at 6 with no front teeth. Sweet memories. Yesterday though the memories were not that sweet. My thankfulness that we have moved on though was HUGE! 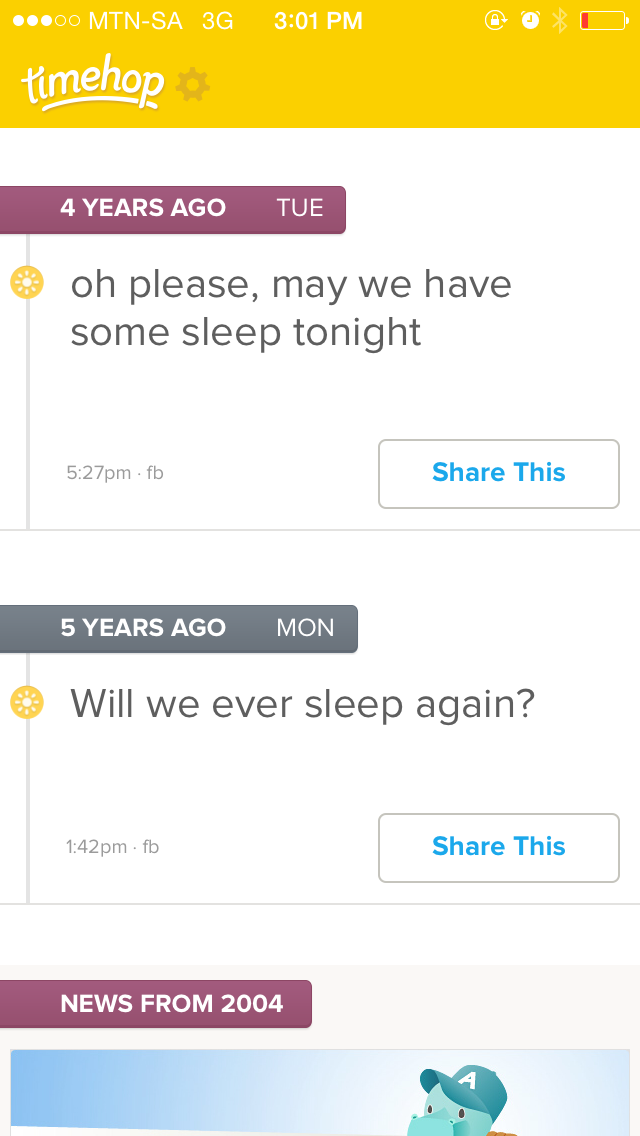 For those who have not "known"us for this long, Mr L only started sleeping through consistently about 2 years ago - at more than 4 and a half years of age. Up to a stage Mr C was also a rather bad sleeper but with Mr L it was what happens to Neuro A typical kids - the over active mind in the middle of the night. (It is well documented on the blog - just search sleep) He would be awake between 2 to 5 nights a week for periods of 2 to 4 hours a night. Talking, trying his best to sleep, but really not able to. We sometimes now still have single nights - once every 3 months or so, like Friday night where he woke up at 1:30 and only fell asleep again at about 4:30.

We tried everything - brushing, melatonin, routines, baths - we even imported a weighted blanket. Something like this can not be countered with sleep training or anything like that. It is totally outside of the usual range of things. I can not really tell you what worked in the end - I guess a bit of everything. With him going firstly on Ritalin and now on Concerta it was often my first worry - that bad sleeping would return. But luckily after a night or so with every changeover he was back on track.

I often wonder how much developmental damage was done to that little brain - would he have less delays if he slept better? I know that it really challenged my attention span at work as well as my performance. Heavens, I even developed high cholesterol from sleep deprivation. Would we have been looking at non mainstream schooling for him if he slept better? I guess its pretty much the chicken and the egg situation. I guess I have spent more than my usual awake hours the last few weeks about this too.

Honestly I am just grateful that we (and especially him) are sleeping well and hope and pray it continues, medication and all. And that we will find the right school and do the best we can for our little man.