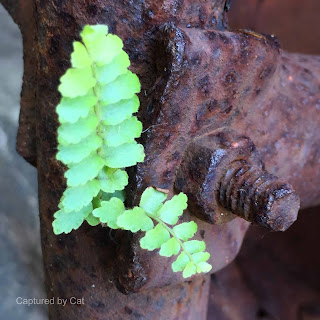 Because if I was just 30 seconds earlier I would have been in a huge accident. In stead I saw the car rolling after the taxi hit it - failing to stop at a stop sign in a quiet street. Rolling towards me as I made a quick turn onto the grass sidewalk. I stopped, in shock, and helped calm down the hysterical driver of the car. Helped find her shoe in the car and her handbag in the boot while a very kind man started directing traffic away from the accident. A student ran out of a house and phoned the ambulance and another mom from the school came running with a bottle of Coke. In the taxi one of the women very clearly hit her head and while her friend held her and I talked to her (asking day of the week etc) she started vomiting. Shock, or a head injury, who knows? Within seconds a quiet suburban street was filled with smoke, glass, steel and heaps of concerned citizens of all colours, ages and races. What struck me was that very few just stared and stood around looking for sensation. A bundle formed with eye witnesses - one phoned the police and started making a list. Three men directed traffic and a bundle stood an angry guard around the taxi driver. Within what must have been 5 minutes we had a first response vehicle with a paramedic and minutes later 3 ambulances and the usual tow trucks.

As I did not see the actual impact moment and there were plenty of witnesses I left the scene when the medical help arrived. A bit frayed and a bit shocked. But in general very very thankful. Thankful that my kids did not see this. Thankful that there were no children in any of the two involved vehicles. Thankful that so many of our people still care about others and law and order. It was quite clear that the taxi driver will not be left alone for a moment to run away without speaking to the police.Witnesses of all races and colours promised the lady that they saw what happened and will make a statement. An accident today showed me the good in all our people - and it made me thankful that in the turmoil of this country we are all mostly people that are basically good people.....  But most of all thankful for those 30 seconds of grace....

On a footnote - I have a great idea of what to do with the kids this weekend! At Hamleys Greenstone - knowing Play -Doh I am sure it is going to be a lovely event. 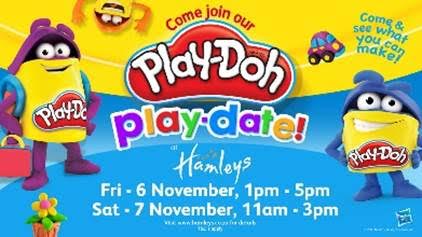