South Africa is on a total high today after winning our third gold medal at the Olympics last night. It might not seem much for my overseas readers, but taking into account we won one silver in Beijing this is just fantastic. Add to that that only one of the wins (Cameron van den Burgh) was predicted and it makes it so much sweeter.

I just love the video of Chad le Clos' dad Bert - pure parenting proudness. But it is the commentators that really have me fascinated with all the mistakes they make in their excitement. Here in SA we generally hear the British commentators but I has a chance to hear the American commentary on the Le Clos race yesterday morning. Gosh, it was funny- as Chad won she said, "Oh and Michale Phelps makes a huge mistake"  And that's it - not someone else won very deservingly because he was the best on the day. To Phelps' credit after his very visible disappointment just after the race in the pool, he snapped back to be the perfect gentleman and looser (well, in my books a silver at the Olympics is anything but a looser). In an interview on the radio yesterday morning Bert le Clos told South Africa that Michael Phelps is the best mannered lad he has ever met and that his mom has raised him so well. Now that is the Olympic spirit.

Even more of a surprise was our coxless 4 rowers - somewhere along the line the commentator gets confused between South Africa (an outright surprise) and Australia (a possible winner) and commentates most of the way in the race accordingly .To his own surprise he realizes as the race completes that it is in fact South Africa that won and not Australia and you can hear the shock in his voice..

Steering on with the national pride idea, I think we have produced a building that deservedly needs it's place in the international Architectural scene.

On Tuesday morning I was privileged to be able to go on an architects only pre view of the new //HAPO exhibition space/museum being completed at Freedom park. It is a building that has sparked a lot of talk in South Africa and will only open to the public later this year. So I will share just a few pictures with you. 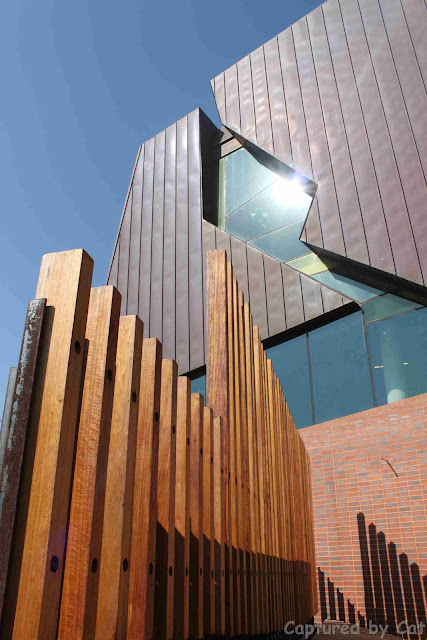 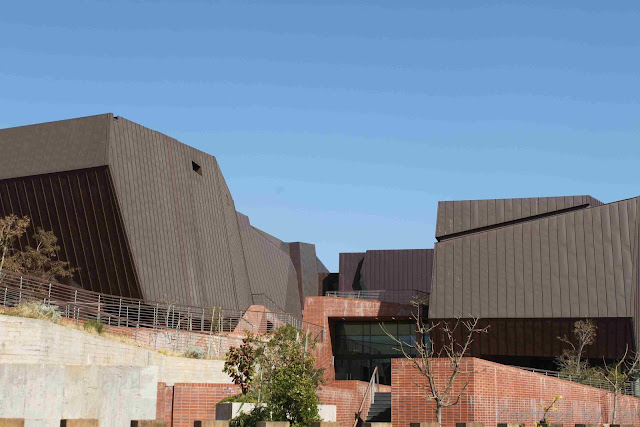 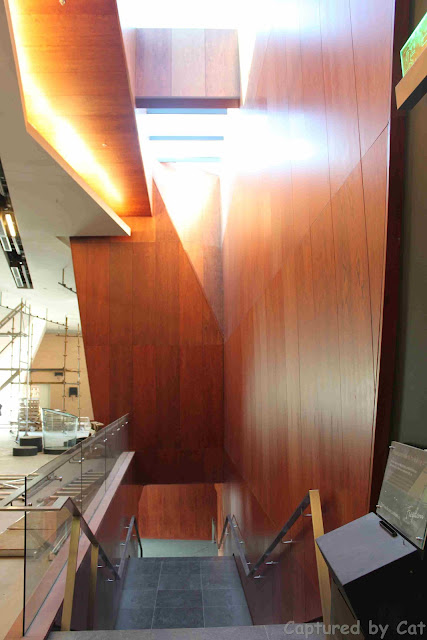 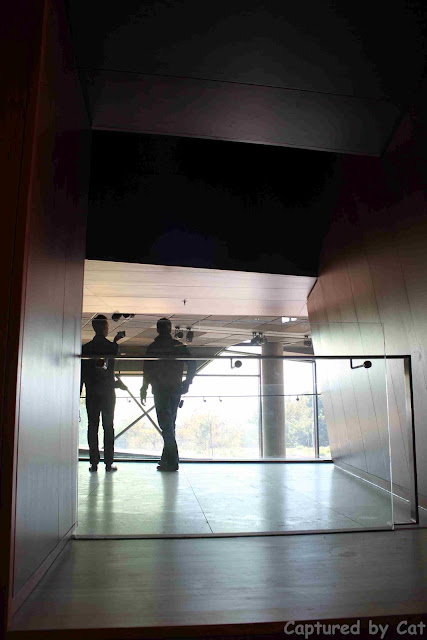 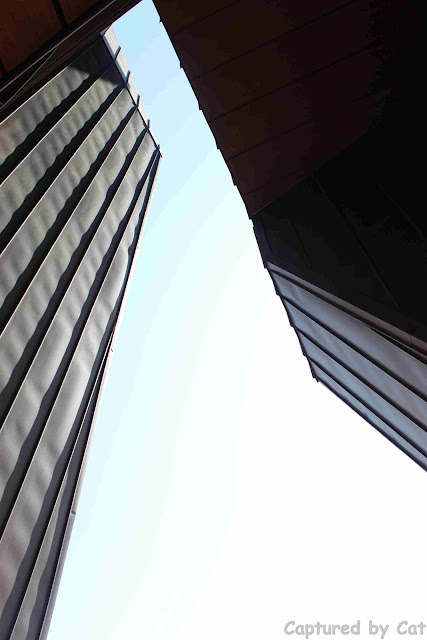 A very photogenic building and I would suggest a visit once it opens. From what we could see of some of the exhibits they were busy with it will be exciting and interactive with a children's garden and story tellers to lead you through. If you are in any way a photographer, do go - it is extremely photogenic.