Airstorm fun - and a giveaway!

There was much excitement in our house this weekend as Just Fun Kidz sent us a wonderful Air Storm package to review. I thought of naming this post "best Christmas toy for boys" but honestly the girl child was just as taken with these as the boys were. The boys are now 9 and A is almost 12 and these are perfectly suited for their ages - in fact, the grown ups in the house had quite a lot of fun with them too. 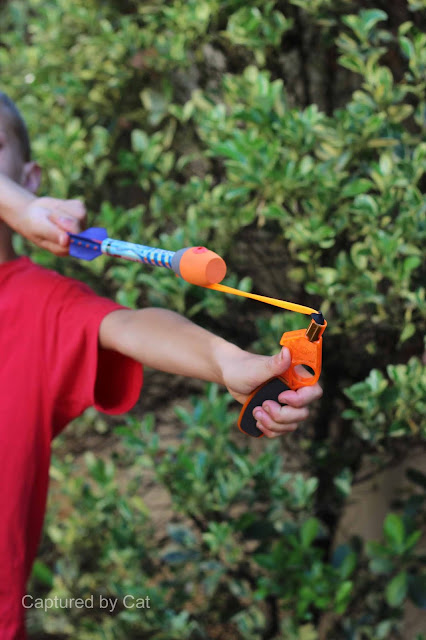 The Air Storm Sky Ripperz were immediately claimed by Mr L who loves the idea of rocket of any sort.

Wow do they fly! The 75 meters advertised on the packaging is definitely achievable and after a few tries in the garden we took it to a park where it truly showed us how well it flies. The kids have already decided that this is a beach essential these holidays and we will give it a good few flies there. It makes a great whistling sound as it flies. The kids had quite a few competitions with it seeing who flies the furthest and highest.

Mr C is bow obsessed and was so excited to see the two bows! He loves elves and centaurs because the shoot bows and arrow so these were right up his sleeve. He and A tried the two bows out and right from the start competed at target practice and how far they could shoot with them. 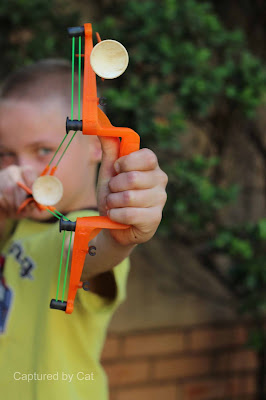 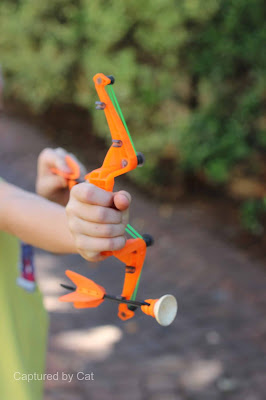 The Air Storm Zano Bow is a nifty little bow that comes with two suction arrow and a handy target on the back. It shoots with great accuracy and lots of target shooting happened. What we totally love about this one is that it can very handy slip into a backpack to take on holiday or visit a friend. Also absolutely fantastic is that both bows can with the switch of up and down adapt for lefties. Mr C actually tried them both ways and love checking with which hand he was most accurate. As a mom I love that both the bows have storage place for the arrows so no arrows lying around. 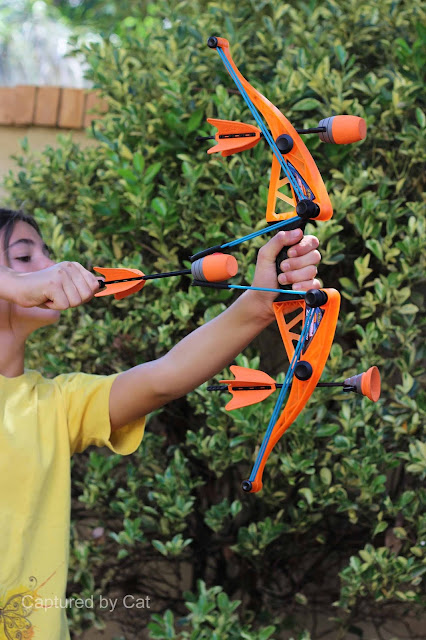 The big guy of the 2 is the Air Storm Z-curve Bow - the ultimate toy bow. This is one potent and very strong and accurate bow. It comes with one suction cup arrow that provided lots of target shooting fun, and two zonic whistle arrow that screeches through the air. It shoots far and very accurate when the kids get the hang of it. One of A's friends have a 13 year old brother and he was so taken with this bow that he has asked for it for Christmas. I do believe all 3 these but especially the Zano Bow has an age range up to adulthood !

The Air Storm range are available at Toyzone, Toy Kingdom, Kid Zone, Hamleys and on Take a lot.

As it's almost Christmas I have two great giveaways this week and this is the first one!

Not one but two of my readers can win this stunning Just Fun Kidz Air Storm package that consist of all 3 the products reviewed above valued at R1200 per hamper. 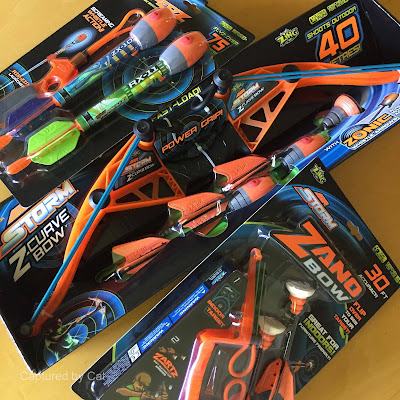 Rules are as follows:

1. Post me a comment below and tell me which one your kids would love most of the 3. No comment, no entry or bonus entries. Entries close by 5 pm on Sunday 11 December 2016.

One entry each to a maximum of 5 entries.

3. Please mention every of the actions that you have done so that I can allocate the correct number of entries to you. No mention no bonus entries.I will check that the winners have done the actions as claimed.

Conditions:
1. Winners will be chosen by us and the decision is final.
2. Winners will be emailed and mentioned on Twitter - prizes have to be claimed by 12 December 2016 at 1 pm.
3. Only entries within South Africa are eligible.
4. Prizes will be delivered to the winners by Just Fun Kidz.
5. Prizes are exact as show and can not be exchanged or claimed in cash.

Best of luck! It will be two very lucky and happy families that win these. Thanks to Just Fun Kidz for giving me the chance to treat my readers.
Posted by cat at 12:33