What I expected of the holiday: Some moments on a rather cool beach, maybe building sandcastles and the occasional dip of mere toes in the sea. Lots of time at home reading and playing - I brought along heaps of activity books and a case of Legos plus some other stuff.

What surprised me totally: The stunning South Coast winter weather - it was warm, it was lovely (up to 27 degrees C on Friday) and unless the wind started blowing (which inevitably it does somewhere in the day) you could literally spend the day on the beach from dawn till dark.

What  it though we would mostly do: Read, play at home, go to lunch at some nice place almost every day (budgeted accordingly).

What we did: Spent every possible moment on the beach. It was lovely.

So, let me give you a day to day rundown in pictures:

We left home at 4:15 to be dropped off by the boys at Lanseria airport at 4:45 - just in time to check in for our 6:15 flight to King Shaka airport. I have to say that I love Lanseria - gosh, simple, convenient, great waiting lounge, no big walks, easy parking and drop off. And we left on time with the green airline.
The Princess chose her Oortjie cat to come along and mommy had to take a picture in the plane as it was Oortjie's first time on a plane. The landing was rough on my Princess' ears - the first time ever that she had trouble and as much as we tried gum, sweets, equalizing, the pain was intense. She also complained after we landed that her right ear was blocked and she could not get it to open.

We landed before 7:30 and was quickly out of the baggage collection to pick up our little rental car.I booked the smallest car type available as it was just us two (and my did I struggle with our big suitcase) but in the end it worked out perfectly and we loved zipping around in our little silver bug (a Kia Piccanto)
I have never been to Gateway centre - every December when we are at the North Coast the traffic into the area is horrendous, so I decided to take the chance at it was literally on our way to pop in and have a look. Being in the branch of business I am (Retail Architecture) it is always important to know how most centres look for reference, trends etc and I am glad I had the chance to see it, although most shops were closed (Woollies was open though from 8am - so we did our small grocery shop for the week there), had a snack at the fountain court and left just after 9 for the South Coast. 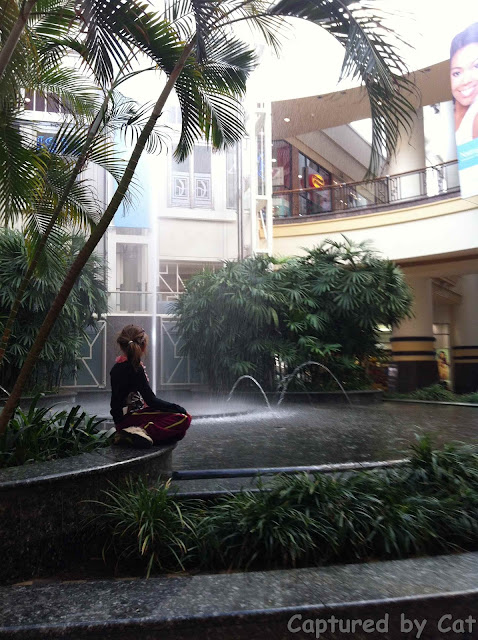 The drive down was longer than I though - about an hour and a half with two stop and go areas down on the N2 - so somewhere I turned down to the coastal road which is just such a nice drive. The Princess slept almost all the way and woke up just in time to see the pretty coastal scenes. We checked in at San lameer and almost immediately I missed the family - such familiar surroundings. After unpacking which really took only a short while she insisted to visit the library first (you can tell she is a little eager grade 1 reader) and we each took out 3 books and a DVD for the evening - in total the whole week's reading pleasure cost me R10 for both of us! Not kidding! And R10 per DVD you rented. We then headed directly to the beach. 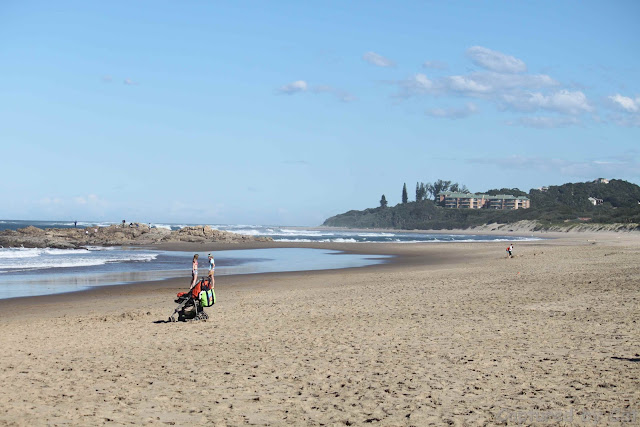 It was a beautiful day at the beach - this picture was taken towards the rock, further on from the swimming area so although it looks rather empty the main area was quite busy. And the joy to discover it's winter but the water is quite nice! (the pictures speak way louder than words) 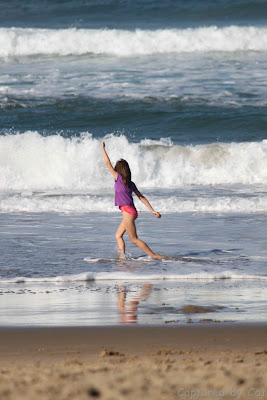 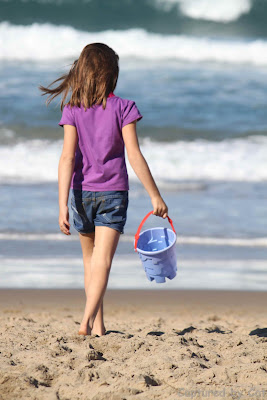 And admired  power of Nature -where the sand bank with the sand sculpture is at the moment was a big dip in the beack last year - the tidal pool at the back was very deep, now it is literally a sand bank and only about 200 mm deep at most. 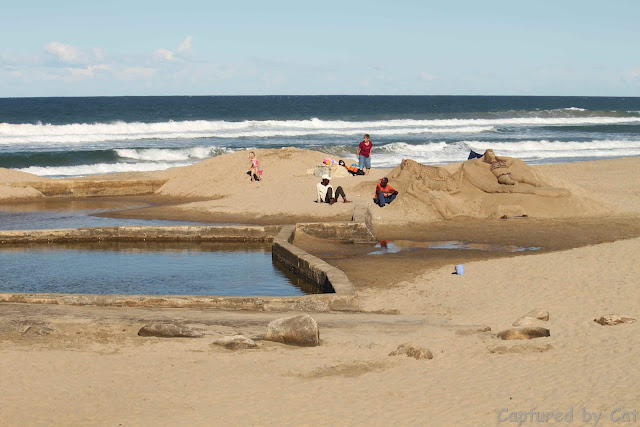 We left at about 3 for a nap - we were both exhausted and slept until almost dark at about 5:30. So we had a quick braai and watched a DVD and went back to sleep. She complained a bit about the ear again and a headache - and then promptly puked! My poor girl does that when she has pain so I gave her a bit of pain meds and she felt better soon.

We had a great night's sleep.

Email ThisBlogThis!Share to TwitterShare to FacebookShare to Pinterest
Labels: 2012, A, holiday, San lameer